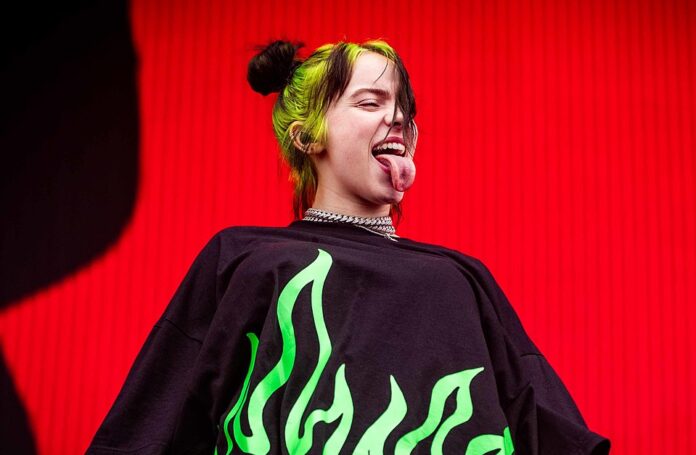 Photo by crommelincklars via Wikimedia Commons

Singer Billie Eilish posted an apology on social media for a video of her mouthing an anti-Asian slur on Monday.

Eilish, 19, was filmed mouthing the slur while lip-syncing to the song “Fish” by rapper Tyler, the Creator, according to Pitchfork. The video, which Eilish said was shot when she was 13 or 14 years old, spread rapidly on TikTok earlier this month.

“I mouthed a word from a song that at the time I didn’t know was a derogatory term and used against members of the Asian community. I am appalled and embarrassed and want to barf that I ever mouthed along to that word,” Eilish posted to her Instagram Story on Monday. “Regardless of my ignorance and age at the time, nothing excuses the fact is that it was hurtful. And for that I am sorry.”

The TikTok video also includes clips of Eilish allegedly using a “blaccent” and a stereotypical Asian accent. She denied, however, that there was racist intent behind them in her statement.

“It is absolute gibberish and just me goofing around, and is in NO way an imitation of anyone or any language, accent or culture in the SLIGHTEST,” Eilish wrote. “Anyone who knows me has seen me goofing around with voices my whole life.”

One TikTok user, who posted a viral version of the video that garnered over 1.1 million views, has already responded to Eilish’s apology. Although user @lcxvy noted that she is not Asian and is thus not in a position to accept her apology, she said that it was “understandable and good she said something,” NPR reports.

The controversy arrives at an inopportune time for Eilish. According to CNN, she recently released a song titled Your Power, and her next album, Happier Than Ever, is scheduled for release on July 30.

Eilish concluded her statement by encouraging further dialogue on racism.

“We all need to continue having conversations, listening and learning,” Eilish said. “I hear you and I love you. Thank you for taking the time to read this.”