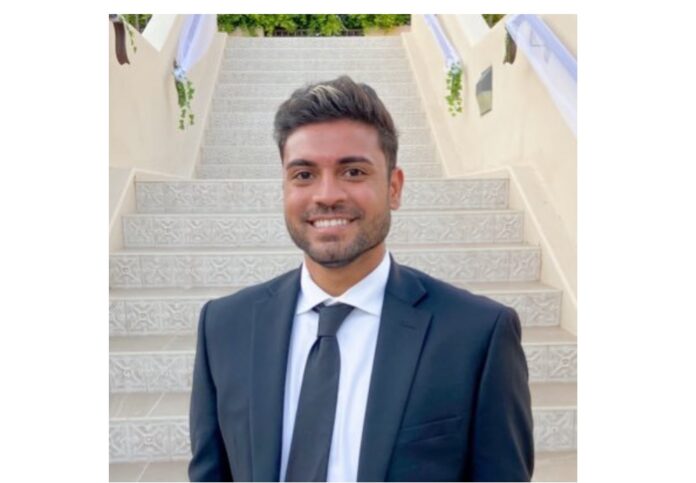 Indian American comedian Mat George was killed in a hit-and-run incident in Los Angeles on early Saturday morning, leaving behind a legacy of laughter and outspokenness, The New York Times reports.

George, who was 26, co-hosted the popular dating and relationships podcast She Rates Dogs. The Arizona native also had a knack for creating viral tweets, such as one from last Sunday when he discussed his jealousy that his mother met Snoop Dogg.

According to NBC News, the Los Angeles Police Department confirmed that a 26-year-old pedestrian from Arizona was killed on Saturday, although it did not provide a name. Police are still seeking information on the driver who killed the victim, who was pronounced dead at the scene.

Michaela Okland, George’s best friend and co-host of She Rates Dogs, announced his death on Saturday on Twitter.

George, who was gay, told Shoutout Arizona that he first got into comedy as a student at Arizona State University, when he often told friends stories about his life and identity that were well-received. From there, he started telling those funny anecdotes on Twitter, where he amassed a large following and gained fame.

“While this is all fun for me, I realized that I could actually make a difference with this. Growing up and being in the closet, I never knew anyone or heard about anyone who had similar experiences and fears that I had,” he said. “The most rewarding moments are when members of the LGBTQ+ community reach out to me and tell me what a difference I’ve made in their lives.”

George also mentioned his Indian heritage from time to time. He once shared that his family hailed from the southern state of Kerala. Often, he made jokes in relation to his culture as well as his family.

Okland shared that although the duo recorded a final podcast episode before his death, she is not yet ready to release it while she grieves.

“I really don’t want to do any of it without him man,” she tweeted.