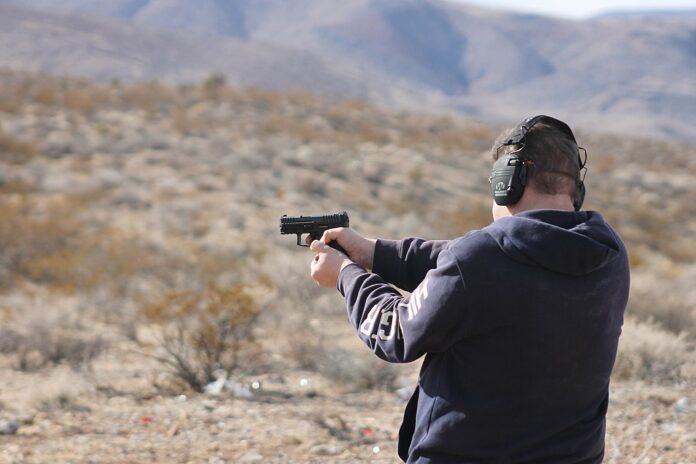 An Oklahoma gun range that once proclaimed itself a “Muslim free establishment” is now for sale after closing its doors in April.

Save Yourself Gun Club, located in Oktaha, is selling its property for $125,000, according to the Kansas City Star. It first sparked controversy in 2015 when it posted a sign that read: “This privately owned business is a Muslim free establishment!!! We reserve the right to refuse service to anyone!!! Thank you!”

The gun range then faced a civil rights lawsuit from a Muslim man the following year. Raja’ee Fatihah, according to KOTV, charged that once he informed the club that he was Muslim, the staff accused him of conspiring to commit violence in the name of “jihad” and denied him service.

“I am a Muslim, and I recognize what a blessing it is to be an American,” Fatihah said. “No one should be denied access to a public business based solely on who they are.”

Robert Muise, the gun range’s attorney, dismissed the allegations as a “political stunt” and said Fatihah was refused service because he was a threat to the store’s safety.

The business owners removed the sign in 2018, replacing it with a sign declaring itself a “terrorist-free establishment.” According to Tulsa World, the lawsuit was subsequently dismissed in 2019.

Save Yourself Gun Club, though, then ran into financial trouble. The Kansas City Star reported that the business began downsizing after the lawsuit.

“I want to thank everyone who has shopped with us, those who call our place ‘their range’, everyone who stood by us during the court case,” the gun range owners wrote in a May 2020 Facebook post that restricted their business to members only. “Unfortunately, we just can not bounce back this time.”

In March, the store announced its permanent closure. In another Facebook post, it thanked its customers and announced that the property was for sale. A Facebook Marketplace listing was posted last week.

Adam Soltani, the executive director of Muslim advocacy group Council on American–Islamic Relations-Oklahoma, reveled in the group’s closure in a Facebook post. The Council had co-filed the 2016 lawsuit on behalf of Fatihah.

“Well, well, well. What do we have here? Looks like hate does not pay after all,” Soltani wrote. “Good bye and good riddance, Oklahoma is a better place in spite of the hate you tried to propagate.”

Husband and his mom arrested in killing of his wife