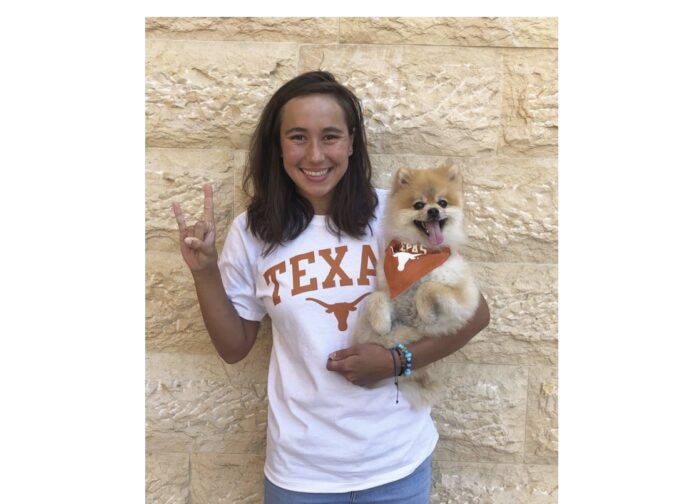 Sullivan finished the race with a time of 15 minutes 41.41 seconds, four seconds off of Ledecky’s time, KXAN reports. The 1,500-meter freestyle was the first and last race of her Tokyo Olympics.

The 20-year-old swimmer is half Japanese. Her mother, Maco, was born in Ofuna, about 30 miles from Tokyo, according to The New York Times. Sullivan, who is fluent in Japanese, frequently visited her mother’s family in Japan.

Despite being fluent in Japanese, Sullivan told Swimming World Magazine that she “suppressed the Asian side” of herself for years.

“It wasn’t until I got out of high school and I really started to crave my Asian heritage and culture, and I really honed into it,” she told the magazine. “Luckily I found a community through anime watchers, and I found my own little network that I grew to love.”

Sullivan’s father, John Sullivan, was also a swimmer. In 2017, he was diagnosed with esophageal cancer and passed away three months after his diagnosis.

“I’m proud of the mental health barriers that I got through, with my dad dying in 2017 and really hitting a rock bottom in 2018 from the stress of losing a parent at age 16 and having to get over the anxiety, the panic attacks, the depression, the PTSD, all that,” Sullivan said at the Olympic trials last month in Omaha, according to The New York Times.