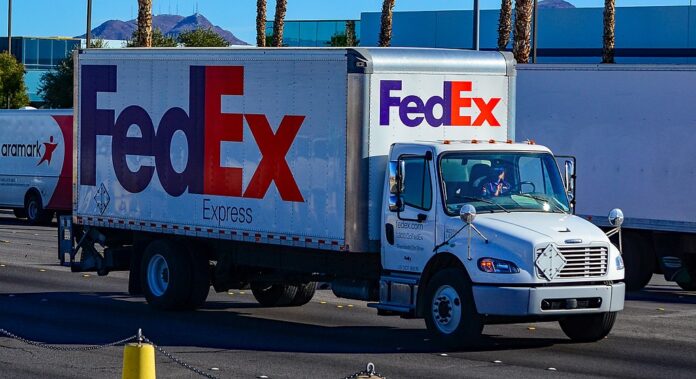 The FBI has concluded that the mass shooting at a FedEx facility in Indianapolis on April 15 was not a hate crime against Sikhs. Members of the Sikh community, however, remain unsatisfied.

The FBI announced the findings of their investigation into the shooting at a joint press conference with the Indianapolis Metropolitan Police Department (IMPD) and the US Department of Justice.

The shooter arrived at the FedEx facility around 10:54 p.m. when workers were changing shifts. He had previously worked for the company from August to October 2020. The facility fired him after he failed to show up for work.

Ultimately, the shooter killed eight FedEx employees, including four Sikh Americans. The FBI’s Behavioral Analysis Unit (BAU) launched a lengthy investigation into the shooting. The investigation involved 120+ interviews, 20+ search warrants and subpoenas, 150+ pieces of evidence from the crime scene, and digital media analyzed by the FBI.

Special Agent in Charge Paul Keenan said at the press conference that the shooting was an act of “suicidal murder.”

“The shooter decided to commit suicide in a way, which he believed, would demonstrate his masculinity and capability of fulfilling a final desire to experience killing people,” Keenan said at the press conference. “In the months prior to the attack the shooter’s suicidal thoughts occurred almost daily. The shooter’s attack did not appear to have been motivated by the need to address perceived injustices, or to advance an ideology.”

The BAU concluded that the shooting was not prejudicially motivated.

“We didn’t find that it was a biased crime,” Keenan said.

Instead, the investigators pointed to the shooter’s longstanding suicidal ideations and personal struggles with living independently, joining the military, and holding jobs.

The Sikh Coalition, a national organization working towards realizing civil and human rights for all people, including Sikh Americans, expressed their lingering dissatisfaction with the investigation in a statement.

“While we recognize that it is impossible to know exactly what was in the shooter’s mind, we are disappointed that the IMPD and FBI still have not detailed how they ruled out bias as a possible motive in their accounting of the investigation,” Sikh Coalition Legal Director Amrith Kaur explains. “To reiterate, we are not dismissing that mental health issues nor the toxic masculinity discussed during the press conference played a role in this attack. But it is important to recognize that bias can be a factor in addition to these other issues.”

Specifically, Kaur pointed out how the Indianapolis FedEx ground facility is known as a large employer for the Sikh community.

“The shooter chose a place known for hiring people of color, specifically a Punjabi Sikh-majority, for his attack,” Kaur said.

An article in the IndyStar also highlighted the prevalence of Sikhs at FedEx Indianapolis.

“There’s a popular saying in the Indianapolis Sikh community: ‘If at least one member of a new Sikh family that moves to Indianapolis hasn’t worked at FedEx, then they haven’t really moved to Indianapolis yet,'” the article states.

“… They carpooled to work. They worked side-by-side with their friends and family. For Sikh immigrants new to Indiana, the type of assembly-line jobs at FedEx didn’t require top-notch English language proficiency.”

Kaur also pointed out that there was little acknowledgment given to the fact that the shooter consumed white supremacist content. According to CNN, in March 2020, the shooter’s mother called on the IMPD to confiscate her son’s shotgun in fear that he would endanger himself. The police collected the gun, but despite a temporary mental health hold, the shooter was able to purchase guns later that year, raising concerns over the adequacy of gun control measures. While sweeping his home, police observed white nationalist content on his computer.

SAIC Keenan acknowledged that though the shooter viewed WWII and Nazi propaganda, it was an insignificant percentage of the 3 terabytes of digital evidence evaluated. He added, there “was no indication of any animosity against the Sikh community or any other community.”

“Though law enforcement has said this investigation is over, for all the families who lost loved ones, the survivors, the Sikh community, and anyone else impacted by hate violence, these questions will remain forever.”

Read more about: Sikhs send love to the shooter’s family, the push to investigate the shooting as a hate crime, the aftermath in the Sikh community, and the impact on Asian American communities.