Two Asian Americans in Gymnastics Individual Finals; One in All-Around 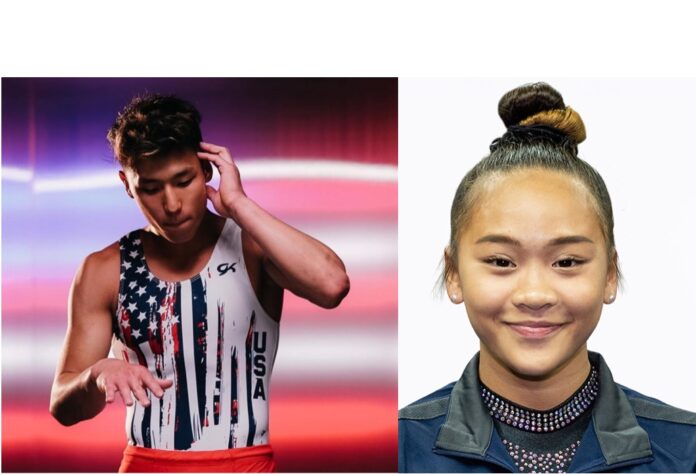 With the withdrawal of US female gymnast Simone Biles and the retirement of legendary Japanese male gymnast Kōhei Uchimura, 32, the men’s and women’s team finals had a few surprises. Two Asian Americans–Yul Moldauer and Sunisa Lee, head for individual apparatus finals this weekend with Lee competing tomorrow (Thursday) for all-around.

Seven-time Olympic medalist Uchimura was on the Japanese men’s team as an individual event specialist (high bar) and not part of the team competition which is composed of Olympic newbies. Uchimura had competed at the 2008 Beijing Olympics winning a team and an all-around silver. At the London Olympics in 2012, he earned a team silver, a gold for all-around and a floor silver. In the 2015 Rio de Janeiro Games, he got a team gold and an all-around gold.

Both men’s and women’s team Olympic gold went to Russia, a country that in normal times wouldn’t even be there. Officially, Russia as a country isn’t competing. It’s the Russian Olympic Committee because Russia as a country has been banned from international competition until 2022 because of the widespread doping of athletes.

In the men’s team final on Monday, Russia won with a 262.500 score against Japan’s 262.397. This is the closest team final since the international Gymnastics Federation changed the scoring system in 2006. Great Britain finished third and, for the third straight time, the US finished fifth. The US had been fourth on Saturday with Japan, China and Russia ahead of them, but those scores don’t count for the finals.