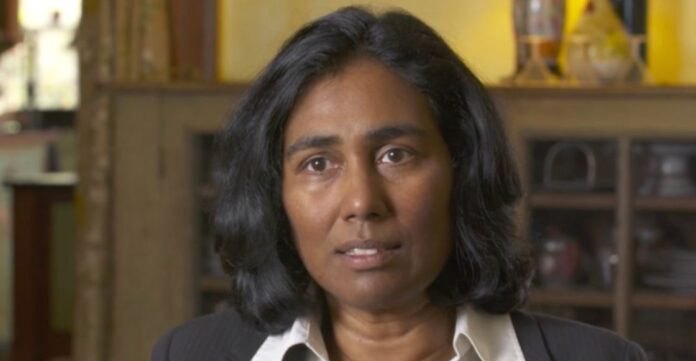 Police on Saturday arrested the son of a 58-year-old cybersecurity expert for her murder, reports Crime Online.

23-year-old Andrew Weylin Beavers, who lived with his mother at their home, now faces first and second degree murder charges.

According to the Capitol Gazette, Beavers became a suspect after police questioned him and found a new cut on his right hand.

Koilpillai’s boyfriend reported her missing after finding blood inside her home. Police would later find her body hidden outside.

Police arrested Beavers at a home in Leesburg, VA without incident.

WUSA reports that friends will remember Koilpillai for her charity work, hosting many fundraising events including one for Barack Obama.

“She’s one of the most unique people I’ve ever met so extraordinarily talented in everything I began to believe there is nothing Juanita didn’t do,” said her best friend Connie Moore said. “She was one of those magnetic people who would spark and had the most brilliant smile and was just so incredibly infectious when she was laughing.”