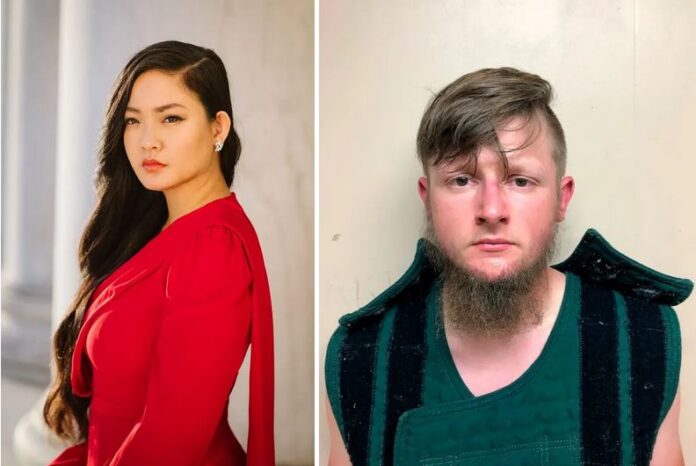 The 2019 Nobel Peace Prize nominee and founder of Rise, a civil rights accelerator, said the murders of eight people sparked an immediate understanding between Asian women.

“We understood the amalgamation of all of the pain that we had endured not only from our lifetime, but the stories that our mothers, our grandmothers told us,” she told AsAmNews in a phone interview. “Yellow fever is a term for it, that sexualization of our bodies, to the objectification of our humanity, and their violence against us.”

Long must still be tried for the killings of four women in Fulton County, but recently pleaded guilty to the murders of Delaina Ashley Yaun, 33, Paul Andre Michels, 54, Xiaojie Tan, 49, and Daoyou Feng, 44 in Cherokee County

A judge sentenced Long to four life sentences for the murders of those victims. However, Cherokee County District Attorney Shannon Wallace declined to file hate crime charges, blaming the shooting instead to Long’s admitted sexual addiction.

That decision, along with a comment by Cherokee County Sheriff’s Office Capt. Jay Baker that Long “really” had a “bad day”, triggered more emotional trauma for Nguyen.

Nguyen remembers the exact instant she learned about the killings. A journalist had been interviewing her about the rash of anti-Asian hate crimes, when suddenly the reporter stopped her.

“I will never forget, because the journalist said, ‘I’m so sorry to interrupt you. We have breaking news coming in. There’s been a shooting in Atlanta. There have been sources who say the shooter targeted Asian places, and there’s two, no four, no 6 confirmed Asian women dead.”‘

A sense of shock rushed over her. Soon her friends began texting and calling. They each shared their pain and sorrow with each other for the victims, their families and friends. But for Nguyen, this was also personal.

She saw the connection between the time a rapist forced himself on her and these murders.

“Inherently rape is about power. It’s about taking agency. So, I mean, that is one of the most violent forms of justification. But growing up as an Asian woman who sees images like this, I have, again a Hollywood trope – what an Asian female is supposed to look like. What they do. What their role is. All of these things have roots.”

Nguyen has helped to pass 37 laws since 2016 (an increase from the 20 mentioned in the linked article), including the rape survivors bill of rights which passed unanimously in Congress. Now she’s setting her sights on pushing for the inclusion of the teaching of Asian American history in our education system.

She’s collected signatures from some 35,000 people calling on governors to mandate the teaching of Asian American history.

“I think that throughout the history of the United States, Asian Americans significance, both their contributions, and our pain points have been erased systematically. A lot of people don’t know that there are cities in California that were burned, because people, White people in that town did not want Asian immigrants to be there anymore.”

She says that invisibility has had its consequences.

Rise is now producing educational content for schools and is engaging members of Congress to try to implement change.

Despite the invisibility and the setbacks, she believes some of that change is already happening.

“I still think that there is progress. The fact that we’re having this conversation right now is progress,” she told AsAmNews. “That’s how change happens when we decide that we’re not going to stay silent anymore. Racial equity is a contact sport. It’s a muscle that all of us can do better to make our future a more equitable place and hopefully a kinder and more compassionate world.”