Lost amidst the excitement of US Figure Skaters Nathan Chen, Vincent Zhou, Ashley Liu, and Karen Chen being named to the Winter Olympic team, figure skating honored another Asian American.

The U.S. Figure Skating Hall of Fame this past weekend inducted Tiffany Chin as part of its class of 2022.

“I was so happy I skated well, Chin said in a videotaped report prior to her induction. The crowd was just cheering. The flags were waving and I was so proud and so happy to be American. It was like a fairy tale,” she said.

Other Asian Americans have since followed Chin. Besides the current class of Olympians, there have been both Michelle Kwan and Kristi Yamaguchi.

“It was definitely a big deal that she was the first Asian American to win a US National Championship-breaking ground for other young girls who look like her and I was one of those,” said Yamaguchi. “That’s when you really start to believe that I can be really like her.”

Chin has continued her career in ice skating long after leaving the rink as a competitive skater. She has gone on to become a coach, inspiring others to follow in her footsteps.

“She’s still so involved. She definitely left her mark and I think she’s inspired many many girls and boys to go after their dreams,” said Yamaguchi.

In 1984, Chin placed fourth at the Olympics in Sarajevo. At age 19, she skated for Ice Capades, Holiday on Ice and Gershwin on Ice tour.

Others to be inducted into the class of 2022 Hall of Fame are Vicky Korn, a silver medalist at the 2007 World Championships and Lucy Joyce Brennan who has been a judge and referee at multiple world championships.

“Being inducted into the Hall of Fame is an amazing honor. I’m both humbled and grateful for this privilege. To be included in this group of people I have so long admired, people I looked up to is just a privilege,” said Chin. 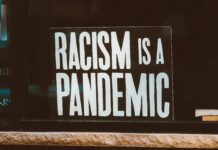 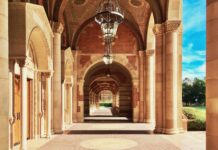