Dr. Russell Low, a retired radiologist in La Jolla, California, wrote The All-American Crew – A True Story of a World War II Bomber and the Men Who Flew It. He tells a magnificent story of teamwork and camaraderie, mixed with American values. He connected with the families. Through their stories, letters, and photographs, Russell dramatizes the brief lives of Stan Low, his uncle, and nine other men.

Russell Low summarized his novel as a tribute to sacrifices of the Greatest Generation:

On January 23, 1943, a B-24 Liberator bomber and its crew of ten men, including my uncle Stanley Low, disappeared without a trace in New Guinea. My family and the families of the other crew members never knew what happened to them. But drawing from letters and photographs from all the crew families, I’ve put their story into my upcoming book “The All-American Crew: A True Story of a World War II Bomber and the Men Who Flew It,”

When Stan joined the U.S. Army Air Forces, he was just an ordinary Chinese American kid from Salem, Oregon, who had no intention to become a hero. The All-American Crew follows the stories of Stan and his crew mates as they go through training and go into combat in the Pacific. Stan’s crew came from all walks of life — rich and poor, Chinese, Jewish, Irish, from old established families and recent immigrants — and they called themselves “The All-American crew” to celebrate their diversity and patriotism. The crew’s tight bonds with each other helped them fight as a team during some of the fiercest aerial combats of the war.

I am very proud to tell the story of Stan and his crew mates in a book that highlights the historic contributions of Chinese Americans, the strength of American diversity, and the tremendous acts of heroism by the Greatest Generation.

The All-American Crew is the story of two Chinese American brothers, who go off to war. It is about the American family in our country during the early 1940s. The young Americans of various cultural, religious, and ethnic backgrounds learned to overcome their differences. They used diversity as their strength as a crew.

Stan was a Chinese American kid, raised in Salem, Oregon, and living in Oakland, California. He trained as a gunner at Harlingen Aerial Gunnery School in Texas. He was promoted to Staff Sergeant. Stan quickly grew up in 1942. He faced a mix of loneliness, racism, romance, and horror.

In November 1942, they were deployed for the New Guinea campaign at the Pacific front.  They were part of the 90th Heavy Bombardment Group of United States Fifth Air Force. They were initially stationed at Iron Range of Queensland in Australia. And then later at Port Moresby on Papua. They survived twenty bombing and reconnaissance missions against the Imperial Japanese Army and Navy.

After their 20th mission, the crew was to fly back to Iron Range, for a break, away from combat. First Lieutenant Regan volunteered his crew for a reconnaissance mission to search for Imperial Japanese ships and aircraft and for a missing American bomber. The B-24 Liberator took off in their fateful mission toward Wewak Airfield in New Guinea. Japanese Zero fighters attacked them. The last coded message from Regan: Intercepted by Zeros, on January 23, 1943.

RAYMOND DOUGLAS CHONG: What inspired the idea for your novel?

RUSSELL LOW: I grew up hearing the stories about my father and his younger brother in the Pacific War of World War II. I was always inspired by the heroism and tragedy of those stories. One brother came home with a Silver Star for Gallantry in Battle and the other brother, the real hero, made the ultimate sacrifice for his country before he was old enough to vote. It felt like a Hollywood movie, but it was my family story.

In writing my first novel, Three Coins – A Young Girl’s Story of Kidnappings, Slavery, and Romance in 19th Century America, I explored the early Chinese American experience through the lives of my great grandparents, Lai Wah, the Transcontinental Railroad Worker, and Ah Ying, a survivor of human trafficking, a nine-year-old mui tsai or child slave. These early Chinese American pioneers struggles and overcame tremendous hardship to create the ripples across the generations that led to the Chinese Americans in the Greatest Generation.

I realized that the Chinese American WWII stories were directly connected to the struggles and sacrifices of their grandparents in the 1800s.

In the 1800s this family survived the worst that America had to offer: the Chinese Exclusion Act, human trafficking, the Driving Out of the Chinese from America, and the burning of their businesses. But they did not quit and go back to China. Rather they stayed in America and created the ripples that continue to this day.

The Chinese Americans, who fought and died in WWII are a legacy of these early Chinese American pioneers. The courage and resilience of their forebearers in the 1800s guided them in their heroic actions 80 years later.

Our Chinese history in America is the history of bold, courageous, and resilient people. The grandsons in WWII fought with a spirit that would have made their grandparents proud.

RAYMOND DOUGLAS CHONG: What is the significance of the novel title?

RUSSELL LOW: Stan’s B-24 Liberator crew calls themselves “The All-American Crew.” They were ten young men from vastly different ethnic, cultural, social, and economic backgrounds. But they quickly found strength in their diversity as they learned to fight for each other and their country as a B-24 Liberator crew.

RAYMOND DOUGLAS CHONG: How much research did you need to do for your novel?

RUSSELL LOW: My research goes back to Three Coins as the foundation. I grew up in Stockton, California, with knowledge of Uncle Stan, my dad’s kid brother. And I knew about him but I never met him, of course, because his B-24 Liberator was lost in combat.

I knew the legend of his story but since the Liberator simply disappeared without a trace, there was never any closure for our family or any of the ten families of the ten men on that Liberator.

Through the internet, I was able to contact members of the families of the ten men who were onboard the B-24 Liberator that disappeared on 23 January 1943. They shared with me remarkable long-forgotten letters from the 1940s and dusty photographs depicting young American warriors many of whom were teenagers.

RAYMOND DOUGLAS CHONG: Which part of the novel was most difficult to write?

RUSSELL LOW: It was difficult to write Chapter 22: One More “Rekky” (Reconnaissance): Search for McMurria – 23 January 1943.   It was their last mission in reconnaissance and is the mission when the plane is lost. In writing this novel, the ten young men had come alive on the pages of The All-American Crew. They each live, speak, breathe, and love on the pages of the novel. I dreaded the moment when they would die. It was hard to let them go and simply vanish as they did 79 years ago. I desperately wanted them to live.

RAYMOND DOUGLAS CHONG: What was most surprising in your journey writing The All-American Crew’

RUSSELL LOW: My biggest surprise was connecting with the families of the ten men on the B-24 Liberator. Each family shared old letters and faded photographs that told remarkable stories of love and loss. I used this material to recreate their lives, training, and missions in WWII. The families shared and experienced remarkable emotions in this process. In researching and writing this story, we have created a strong bond that will continue.

RAYMOND DOUGLAS CHONG What was the highlight of writing this novel?

RUSSELL LOW: I think the ability to preserve the stories for my family and the other families. The boys were alive with enthusiasm and humor, but now, they are gone forever. By writing  The All-American Crew, I will share their story with the world. In the midst of current national divisions and anti-Asian hate, it is important for us to appreciate how this crew of ten men from diverse backgrounds came together for the common good and to protect our democracy. We too can pull together, now.

RAYMOND DOUGLAS CHONG: How has this novel affected you?

RUSSELL LOW: I have gained a much fuller appreciation of the Chinese Americans in the “Greatest Generation.” They were connected to the past struggles and triumphs of the Chinese in the 1800s and early 1900s. Their lives, heroism, and sacrifices were ripples of the courage of their ancestors in America.

We rightfully celebrate them as Chinese Americans who served, fought, and died for our country. They fought as flag-waving young American men, side-by-side with other young men from across the spectrum that makes up our nation. That is part of the All- American story; one of diversity, strength, and courage. They inspire all of us to be better as individuals and as a nation.

RAYMOND DOUGLAS CHONG: What is your next novel?

RUSSELL LOW: I knew about the USS White Plains escort carrier that fought during the Battle of Saipan. In researching The All-American Crew, I met the last surviving member of their VC-4 squadron, a TBM Avenger torpedo bomber radio operator and gunner. Andy Winnegar who is 97 years old has shared wonderful stories full of battles, humor, and young Americans at war in the Pacific. This novel is entitled Avengers, Wildcats, and Crickets.

Another novel returns us to San Francisco Chinatown in the 1800s and explores how the lives of our ancestors were often connected in unexpected ways across decades and generations. They all knew each other and their lives were interconnected. This novel uses dialogue and the stories of real Chinese Americans to recreate their world.

RAYMOND DOUGLAS CHONG: After a fruitful career as a doctor, do you consider yourself an author now?

RUSSELL LOW: I am a storyteller who communicates with feelings and passion. I want to connect my readers to their past, inspiring them to learn more about themselves. My novels preserve these wonderful stories for future generations. Yes, I am an author now. It is a rare privilege.

Availability of The All-American Crew

The All-American Crew –  A True Story of a World War II Bomber and the Men Who Flew It,  will be available from Amazon on April 5, 2022, or by contacting the author by email at: threecoins1@yahoo.com. You may also pre-order by clicking on the Bookshop link above to support independent book stores and AsAmNews. AsAmNews gets a small commission if you purchase the book through this link. 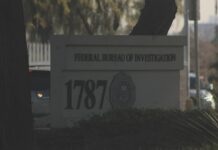