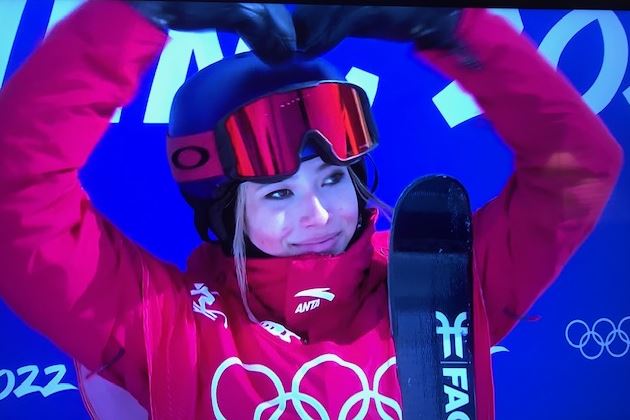 Gu captured the world’s attention when she chose to her renounce her U.S. citizenship to represent China at the Olympics. She received praise from Chinese fans and racist backlash from American fans.

Yesterday, Gu took to the slopes to compete for her second Olympic medal in the women’s slopestyle. She sat in eighth place after the first two runs.

“It really came down to the last run — again,” Gu said during her post-competition interview on NBC’s broadcast.

During her last run, she completed a double-cork 900 with a Buick grab. She received a score of 86.23.

Gu’s score earned her a silver medal but left her 0.33 points away from the gold medal. The gold went to Swiss freestyle skier Mathilde Gremaud.

Gu will also compete in the halfpipe, but she feels she has already met her goals.

“My goal coming into the Olympics was to have one gold and have one more podium in a different event,” Gu said, according to ESPN. “I’ve already met that goal and I’m going into my strongest event (halfpipe).”