Whistleblowers Erika Cheung and Tyler Shultz shared the challenges of speaking out about Theranos’s faulty Edison device in a fireside chat at the 2022 AACC (American Association for Clinical Chemistry) Annual Scientific Meeting & Clinical Lab Expo in Chicago on Tuesday, July 26. It is the same conference at which Theranos CEO and founder Elizabeth Holmes shared her faulty patient diagnostics device years earlier. The session was moderated by AACC President Dr. Stephen Master.

Theranos, at its height, was valued at 10 billion dollars and raised more than 700 million USD from investors. Holmes promised that its Edison Machine would be able to diagnose everything from cancer to cholesterol levels using a single drop of blood. Shultz and Cheung saw internally that the machine was unable to live up to its promise and became sources to a Wall Street Journal investigative series that exposed Theranos’s fraudulent practices, leading to the eventual criminal conviction of Elizabeth Holmes and COO Sunny Balwani.

Cheung, now the co-founder of nonprofit Ethics in Entrepreneurship and Hong Kong venture capitalist, was just 22 years old when she joined Theranos as a Lab Associate in Research and Development working on the “Edison Device.” She learned about the company at a UC Berkeley career fair. Shultz, now CEO Flux Biosciences, joined Theranos in 2013 as a research engineer on the assay validation team, which checked the accuracy of the Edison machine in processing diagnostic samples. He was introduced to Holmes and Theranos by his grandfather George P, Shultz, former secretary of state, who was on the Theranos board of directors.

“We were sitting in these lab meetings where, essentially, Theranos was trying to construct all the validation studies for these Edison devices. And I think the most concerning thing for me was there was a lot of cherry-picking data,” she said at the expo.

Shultz further described the cherry-picking he had witnessed.

“We tested samples that were known to be positive for syphilis, and we only got 65 percent correct the first time, so we basically pretended like it didn’t happen, deleted the data, and tried it again.…We had known positive samples that were tested negative, and negative samples that were tested positive, so the test didn’t work and this was really concerning to me. We sent all this data to the statistics team and miraculously, it came back and the statistics team said, ‘Yep, it passed all of our qualifications and a medical doctor signed off on it saying, ‘We’re going to start testing real patients for syphilis,” he said at the conference.

Shultz reported the discrepancies to Holmes who directed him to statistics team executive Daniel Young. Young was not only aware of the cherry-picking but championed it.

At the same time, Cheung raised the concern with her superiors and was discredited.

“[He says] you’re a recent grad at UC Berkeley – what makes you think that you’re qualified to make those calls? You need to do the job I pay you to do, which is to process patient samples without question,” she said.

After being dismissed by executive management, Shultz gave two weeks’ notice and went to dinner with his grandfather. Disheartened by her conversation with her boss, Cheung joined Tyler and his grandfather for dinner to express her concerns.

“I thought it would be strength in numbers to articulate to his grandfather, who was on the board of directors, that what Theranos was telling them wasn’t actually what was going on,” she said.

George P. Shultz was unreceptive to their concerns (Holmes was scheduled to unveil the Edison machine at the same AACC conference a few weeks later) so when a Wall Street Journal reporter reached out to Tyler, he shared his experiences and knowledge of the company. Erika corroborated Shultz’s experiences to the reporter.

“I was sleeping on my colleague’s couch and when Theranos had hired someone to sit outside of new employment, my colleagues came to me and said, ‘Erika, you need to wrap up work. You can’t work late tonight. There’s been a man sitting in his car all day and we don’t want you to walk to your car alone.’ The moment we get out of the building, the man jumps out of his car, baseball cap, hoodie, black SUV, tinted windows, and hands me this letter. On this letter, it has the address to my colleague’s house. No one knows I’m staying here. I’m sleeping on a couch – like how can they do that?” said Cheung.

“They followed us as a fear tactic to show that they had power over us,” Cheung continued.

Despite the retaliation, Shultz and Cheung felt a moral imperative to speak up.

“Escalating is hard when you meet that resistance. I’m not going to lie—it’s hard to know what to do. In my instance, it was like every opportunity for a new door to open to get someone to see this information and act and do something, I took it. I took it without a doubt, because at the end of the day, when it came to it, I just wanted Theranos to stop processing patient samples,” said Cheung.

Shultz felt he was in a unique position to report without getting fired right away because of his connection with his grandfather.

“We had seen examples of people speaking up in the past and they’re basically fired on the spot or invited to quit. Daniel even sued a couple of former employees and when they did so, they sent out a company-wide email about it saying, ‘We will sue you to these empty threats,’ so I felt like most people didn’t want to speak up because they were rightly afraid,” said Shultz.

Cheung says the culture of secrecy at the company also helped to maintain its status for so long despite not having the tech innovation to support it. Employees were asked to sign an NDA at the beginning of their employment, an indication that “they’re not scared of competitors, but scared of their employees.” There was also extremely high turnover, so employees lacked historical context.

“There was a concerted effort to make sure that people were controlled,” Cheung said.

Additionally, she believes Holmes strategically “preyed on people who would not hold her accountable.”

“The board was full of old men who fawned over her and treated her like the prettiest girl on the playground more than a CEO. She preyed on these investors. One of the most astounding things about this story is that she was able to raise almost a billion dollars in capital without an investor ever seeing an audited financial statement,” Cheung said.

She noted that the impact of the company’s downfall is beyond the fate of its two founders Holmes and Balwani, but also puts a “black stain” on former employees and unfairly deters investment in female founders and point-of-care diagnostics.

“Point of care diagnostics was already in existence but she just didn’t develop it or anything close to it,” Cheung said. “It’s sad because it had funding, talent, business contracts and partnerships, clout, high media appraisal. Other companies working on point of care diagnostics could not get funded. Even now, there is still a continued reluctance to funding them  “Is this the next Theranos?”

Several adaptations have been made based on the story, including HBO Max’s documentary The Inventor and the Hulu fictionized miniseries The Dropout. Shultz expressed dissatisfaction with the dramatization of the events in the Hulu show, which not only seemed to play across race and gender stereotypes, but did not consult Cheung or Shultz for input.

“It seems like they took my story and Erika’s story and just like put all the pieces into a pot and then took all the smart parts and gave it to Erika and gave all the privileged white parts to me, and then basically created these two characters that represented the two of us combined, but neither one individually very well,” Shultz said.

This was epitomized in a scene where Cheung is portrayed as having crippling anxiety while she writes this email with all her concerns.

“‘Oh, I can’t speak up for myself and I need like this privileged white guy to speak for me.’ And I come in like, ‘I’ll do it. I’ll delete your name off that email and claim this work as my own.’” Shultz said as he described the scene. “And I watched that scene and I just like died a little bit inside because I thought it made both of us look bad.”

How do we make sure a culture like Theranos doesn’t happen again? By remembering individual agency, centering responsibility to the patient, and empathy, says Cheung:

“Even in our case, the context of speaking up when you see something wrong, maintaining that commitment to the responsibility of patients and really taking that to heart and saying, ‘this Is why I went into this field. This is why I went into this industry.’ Being able to empathize – like if this was to happen to you, the fact that someone was trying to take shortcuts in order to produce a less-than-caliber result for your own health record? How would that make you feel?” 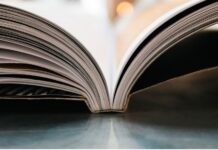 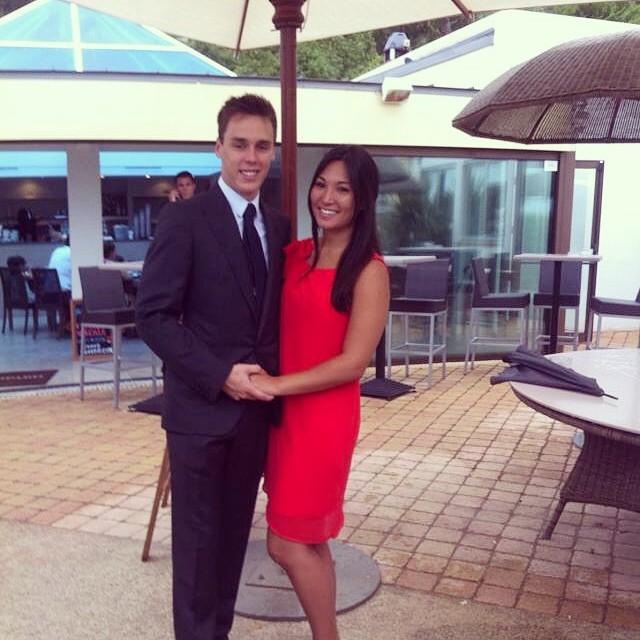