Steel & Kim reelected to House along with two other Korean Am 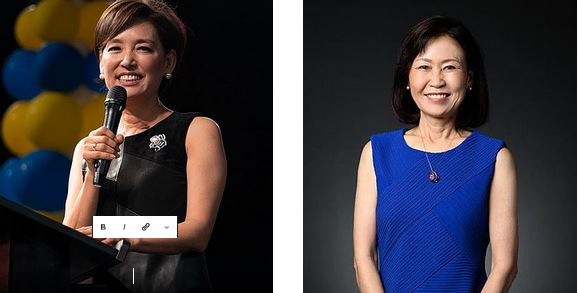 Steel and Kim were part of a wave of Korean Americans who were elected to Congress for the first time in 2020. The other is Marilyn Strickland (D-WA) who also has a significant lead.

Steel defeated Democratic challenger Jay Chen despite being roundly blasted by the Asian American community for falsely painting Chen, a Navy veteran and son of Taiwanese immigrants, as a communist.

With 100 percent of the precincts reporting, she won the 45th Congressional District with 55.3% of the vote to Chen’s 44.7%, results from the California Secretary of State show.

Kim held back Pakistani American candidate Asif Mahmood 59.1% to 40.9% in the 40th Congressional with nearly 99% of the precincts reporting as of this writing.

In Washington State, Strickland, who is both Korean American and African American, leads challenger Keith Swank 57% – 43% with 56% of the precincts reporting, according to the Washington Post.

There are currently four Korean Americans in Congress. The other is Andy Kim (D-NJ). Voters reelected him to a third term as he defeated Republican Bob Healey. This is a seat that Kim flipped to the Democrats four years ago.