A man is apologizing after a video of him urinating on Mauna Kea went viral.

According to KITV 4, Big Island resident Travis Upright posted a video of himself urinating on top of the mountain and flipping off the camera after he was finished. Mauna Kea is sacred to Native Hawaiians, who have been protesting over the past few years to prevent NASA from marring the mountain with more telescopes.

Upright apologized in a six-minute-long video, explaining that he had just moved to the Big Island and was not aware of its sacred importance.

“I never meant to hurt anyone. I never meant to create so much harm but that’s no excuse. It still happened and I’m sorry,” he said in the video, according to Hawaii News Now.

Activist Alfonso Kekuku told KITV 4 he is grateful that Upright was “able to acknowledge his ignorance.” He believes tourists and new residents should do a better job educating themselves about cultural sensitivities. 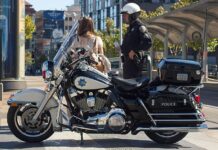 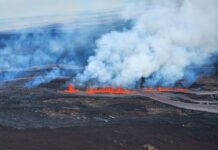