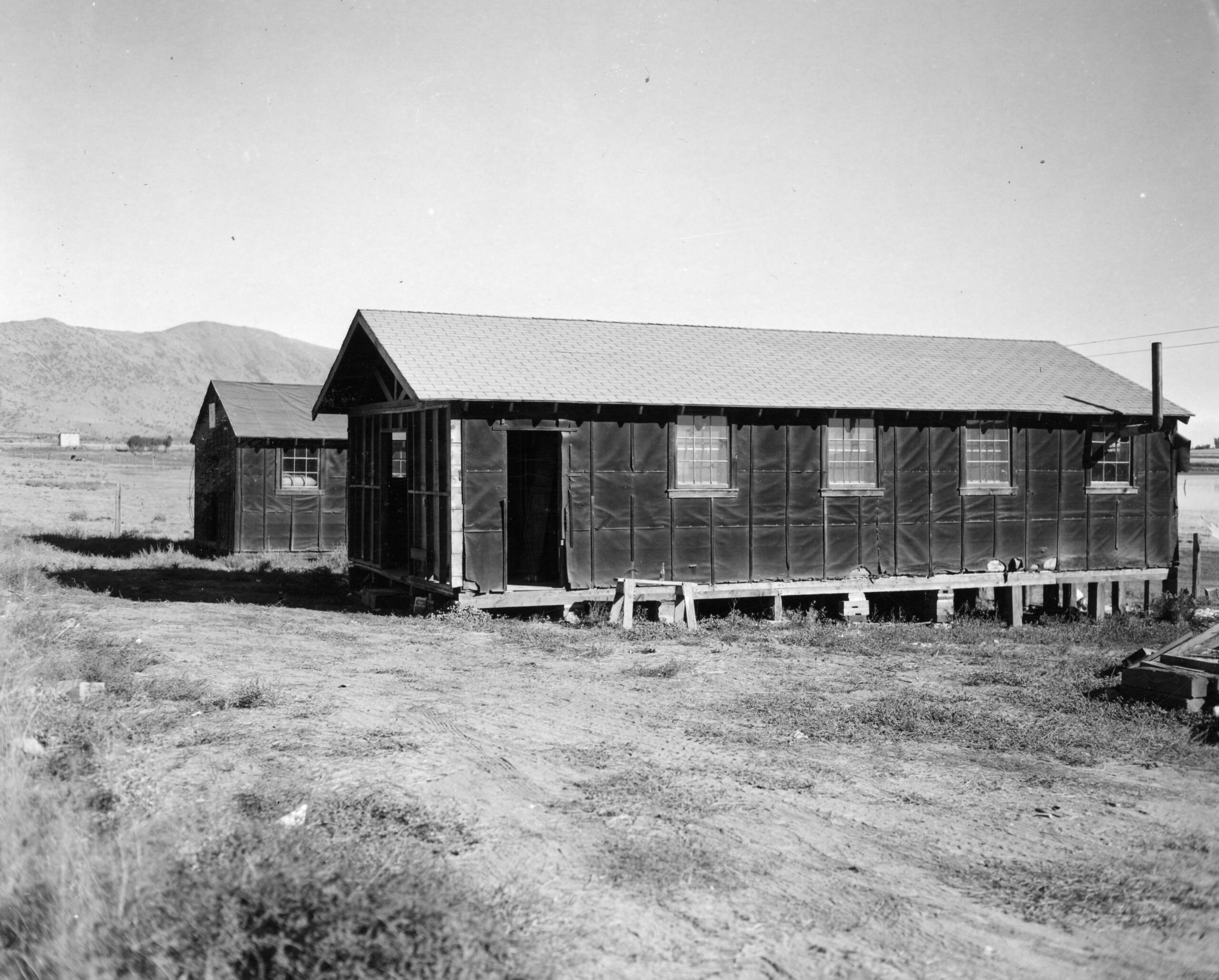 Over 75 years ago, around 120,000 people of Japanese ancestry were forced to leave behind their homes, their belongings, their land, their businesses, their friends. They were shuttled off to some of America’s most desolate locations and crammed into tiny wooden barracks.

At the time, officials justified their imprisonment with concerns about national security. They said their might be Japanese spies among the prisoners. Prior to inprisonment, they promised to investigate Japanese Americans on an individual basis of suspicion. That promise was quickly broken.

The documentary also draws parallels between Japanese incarceration and anti-Muslim rhetoric in present-day America. It argues that the rhetoric of fear and racism used to justify internment is the same rhetoric being used to justify racist policy (like the travel ban) today.

Jon Osaki, the director of Alternative Facts, spoke with AsAmNews about the making of the documentary.

The Making of Alternative Facts

The concept for Alternative Facts, Osaki says, developed in 2016 as he was completing a short film called Yonsei Eyes. The short followed his children on their pilgrimage to Tule Lake Segregation Center. Both of their grandfathers and one of their grandmothers were incarcerated at Tule Lake. To ensure his short was factually correct, Osaki began doing more research. He soon realized that he knew much less than he thought.

“I’ve been actively involved in San Francisco’s Japanese American community for over 30 years and thought I had an above average knowledge of this tragedy, but I quickly realized that there was a whole other side to this story that I knew nothing about,” Osaki said.

Alternative Facts is the documentary that tells the other side of that story. It is a story of misinformation and exaggerated truths. Original versions of US Navy reports that concluded Japanese Americans and immigrants were not a threat, were thrown aside. Federal and military officials never found any evidence to suggest that Japanese Americans were spying for Japan, but advised in favor of imprisonment anyway. Documents attempting to alert the Supreme Court of the misinformation were burned.

While Osaki continued to develop the documentary’s concept, he also attempted to secure funding for his documentary. The California Civil Liberties Public Education Fund awarded Osaki a grant to help fund his film, but many other organizations refused to accept the project. Osaki then traveled around the state of California to ask the Japanese American community to help fund the documentary.

“The response was overwhelming and I am incredibly grateful to the hundreds of people who believed in this project,” Osaki said.

With his funding secured, Osaki continued conducting research . His documentary features interviews with several key players like Don Tamaki, one of the lawyers responsible for re-opening Korematsu case.

Japanese Internment and the Travel Ban

At the same time Osaki was contemplating the lack of a knowledge about Japaneses incarceration, discussion was reappearing in the mainstream media as activists and politicians compared it to the Trump administration’s travel ban.

“It was shocking to me to hear educated elected officials using the WWII incarceration of Japanese Americans as a precedent for action that should be taken against Muslim Americans,” Osaki said. “It was at that point I realized just how ignorant this country had become about what happened to Japanese Americans and I wanted to do something about it.

“Historically, America has taken turns identifying who the unwanted immigrants are in this country,” Osaki said. “In 1942 it was the Japanese and today it is Muslims and migrants. Whenever we identify a group many don’t want in this country we begin to make gross generalizations about them.”

Osaki also believes that many of the policies targeting minorities are based on political agendas instead of facts .

“The government hasn’t produced any actual data which would justify making policies which ban entire groups of people or separating children from their families and locking them up in cages,” Osaki said. “These policies were made by politicians who are trying to appease their political supporters in order to stay elected.”

Alternative Facts points out that when Japanese Americans were interned, many saw it as a violation of civil rights. The Supreme Court, however, failed to hold the federal government accountable until many decades later. In its closing minutes, the documentary also points out that today’s Supreme Court upheld a travel ban that many prominent civil rights organizations believed to be unconstitutional.

“When one or all of the branches of our government fails to hold the other accountable, we are at risk of horrific civil rights violations,” Osaki said.

Alternative Facts, then, also serves as a warning about the consequences of fear and racism.

“If you create fear and demonize a group of people, we saw what that led to,” Mika Osaki, a student at Portland State University, says in the opening lines of the documentary. “We’re starting to head in a similar direction.”

Osaki believes that Japanese Americans have a duty to speak up about the injustices groups of people in America are facing today.

” The Japanese American experience is more relevant than ever,” Osaki said. “We have both the moral obligation and authority to speak up about the dangers of targeting and scapegoating entire groups of people.”

The Center for Asian American media is screening as part of their 2019 film festival, CAAMFest on Saturday, May 18th at the Roxie Theater in San Francisco. Tickets are still available on the CAAM website.