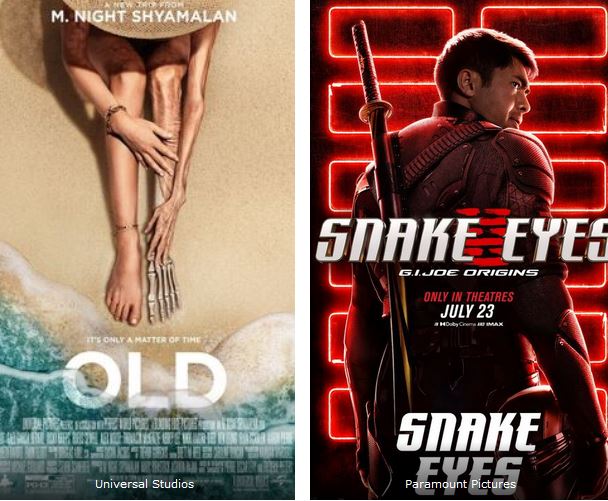 Old, directed by Indian American filmmaker M. Night Shyamalan, tells the story of a diverse group of strangers trying to escape an island that is rapidly aging them. It earned $16.5 million, according to Entertainment Weekly.

Although that number pales in comparison to the $80.4 million haul by Marvel blockbuster Black Widow just two weeks ago, circumstances have also changed. Rising fears of the COVID-19 delta variant and the beginning of the Tokyo 2020 Olympics may have driven down box office totals.

Old indeed had the lowest opening weekend performance of any Shyamalan movie. The film also received mixed reviews, earning a 50% score on Rotten Tomatoes. But according to IndieWire, the movie is a financial success relative to its efficient $18 million budget.

In comparison, Robert Schwentke’s Snake Eyes is considered to be a box office bomb, debuting at $13.4 million against an $88 million budget. The film serves as an origin story for future G.I. Joe agent Snake Eyes, who trains to be a warrior with a Japanese ninja clan.

Snake Eyes stars Malaysian-British actor Henry Golding as the title character, along with several other Asian actors who play members of the clan. Critics also greeted the movie with a lukewarm reception, to the tune of a 42% score on Rotten Tomatoes.

“Potential audiences are being selective with what they spend their money on,” Robbins said.