Republicans Seek Support from Asians to End Family Based Immigration 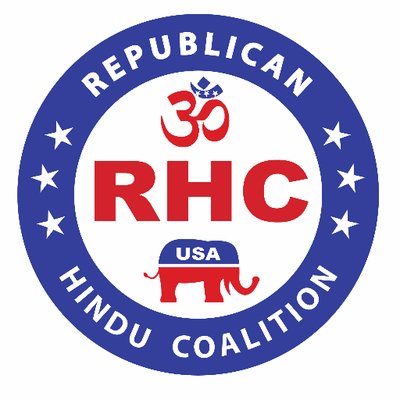 Despite a lack of traction in Congress, Republican activists are actively pushing a proposal from President Trump for a more “merit based” immigration system and a move away from family reunification-something Trump has derisively dubbed chain migration.

800 Indian technology workers from the United States rallied in front of the White House  to show their support of President Donald Trump’s proposed “merit based” immigration system.


Indian Americans are one of the fastest growing groups in the US – following Mexican and Chinese Americans, reports The Wire. At present, Indians and Indian-Americans number 3.5 million according to The Washington Post.

Under the present immigration policy, nearly half of the one million green cards issued annually are issued to close relatives of American citizens regardless of their skills. Groups such as the RHC are urging the Trump administration to limit this practice, reports The Hindu. Krishna Bansal, National Policy and Political Director of Republican Hindu Coalition, argues that implementing Trump’s “merit-based” legislation will decrease the “green card backlog” and increase immigration of Indian skilled workers, reports PRI.

Most long-established Asian American groups are vehemently opposed to family reunification.   According to AAPI Data, family based visas are the most common ways for Asian families to immigrate to the United States. 21% of Asians in 2015 who obtained legal permanent resident status were through family-sponsored preferences, 36% of Asians were issued to immediate relatives such as parents, siblings, and children.

“The family-based immigration system has contributed greatly to America, contrary to the pejorative term President Trump uses for it, ‘chain migration,’” said Rep Judy Chu in a statement.  “Despite what he and his Republican allies claim, family migration is not a flaw in our immigration system – it is a great strength to our economy, our communities and our families. Family-based immigration has often been the only mechanism for women to enter the United States. Today, three quarters of all immigrants to the United States are women and children, and they contribute mightily to our economy, our communities and the stability of our families. If Republicans want to claim to be the party of ‘family values,’ they should embrace this critical part of our system as many Republicans of old have done.”

“The Trump administration has cynically tied any ‘deal’ to protect DREAMers directly with militarizing our southern border, ending the diversity visa lottery, and making massive cuts to family-based immigration. This ‘deal’ is a non-starter,” said SAALT in a statement.

Chinese for Affirmative Action in San Francisco told AsAmNews that Congress must not give in to extremists.

The RHC’s main objectives are to convince the government to implement legislation that would provide green cards for Deferred Action on Legal Childhood Arrivals (DALCA) within two years; end “chain migration” and reallocate to merit migration; eliminate the visa lottery; grant purple cards to Deferred Action on “Illegal” Childhood Arrivals (DAICA) children in exchange for a $25,000 fine over ten years to fulfill Trump’s promise of having Mexico pay for the wall.

One banner for the Republican Hindu Coalition read, “Legal Childhood Arrivals, DALCA kids deserve better.” “DALCA,” which is also an acronym for a lamb curry dish, was created in contrast to the acronym DACA, the L meaning “Legal,” and notes The Washington post.

The RHC supports citizenship for DACA recipients, but wants the same for children whose immigration statuses are tied to their parents’ employer-sponsored visas, explains PRI. DALCA children are mostly those holding H-1B visas for skilled workers. They have grown up in the US, but may age out of being eligible on the basis of their parents’ applications. Left with an undocumented status, they must either attain foreign student visas or return to a country they do not call home.

According to the RHC, “Besides 700,000 DACA kids, there are 200,000 DALCA kids, children of legal immigrants-in-line from India, who have never broken the law, but who simply age out at 21 and have to go back, because their parents have a 60 year wait to get their green card after it is approved,” Breitbart reports.

This merit-based system that Trump has proposed assigns points to green card applicants based on factors such as age, education, and English skills, reports The Washington Post. In addition, family-based immigration would be limited to spouses and minor children.

“Thirty per cent of the country’s skilled immigrants come from India, but they have to wait several decades before being eligible for Green Cards. These are people who are already here, contributing to the economy, paying their taxes and raising their families,” Bansal expressed, reports The Hindu.

“When I came here, my daughter was 6 years old,” Nandu Konduri told The Washington Post. A 45-year-old software engineer in North Carolina, he has been waiting for his green card application to be processed since 2007. “Many kids have already aged out. We feel stuck.”

“Our children also did not choose to come here. We are also trying to give them a better life here,” expressed Krishna Mallakuri, 31, a software engineer in Virginia who has waited six years for his green card application to be processed in The Washington Post.

Despite the increased visibility of conservative groups such as RHC, the majority of Indian Americans, along with other South Asian communities, continue to support the Democratic Party, writes The Wire. In a post-election survey conducted by the National Asian American Survey (NAAS), 77% of Indian Americans voted for Hillary Clinton.

The topic of immigration continues to create rifts across party lines and within ethnic communities, and it is evident that this topic has gone beyond the rhetoric of “illegal immigration.”

Karthick Ramakrishnan, professor at University of California, Riverside and the director of the National Asian American Survey, expresses how the topic of immigration has grown to include both legal and illegal immigration, reports the Post-Gazette. “Before, most of the attention was on illegal immigration, that was the fixation of the conservative immigration movement,” says Ramakrishnan. Now, it is evident that conservative Indians and Indian Americans, such as the RHC, are vocalizing their stance on increasing “legal” immigration.

“We can be selfish,” Bansal said to PRI. “Since we have people who came with other family, with distant relatives, that means everyone can come? No. Because the world order has changed, things have changed. We have to control who comes in here, in the country, for more safety and security of our citizens and our children here.”

AsAmNews has Asian America in its heart. We’re an all-volunteer effort of dedicated staff and interns. Check out our Facebook page and our Twitter feed, Please consider interning, joining our staff or submitting a story for consideration.