Why are Asian Students Leaving the Humanities? 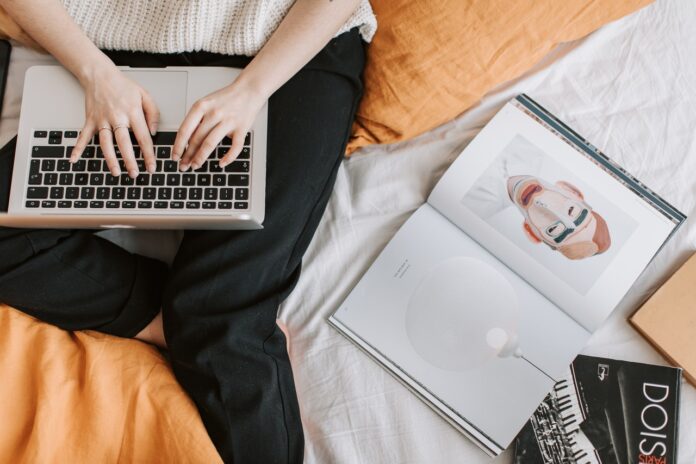 “When I told others I wanted to pursue a career in the humanities and become a writer, I was met with shocked faces. An Asian individual pursuing humanities is almost unheard of in society,” explained Sophia Ward, a prospective college student from Cleveland, in an OpEd for the Los Angeles Times.

Instead, Ward explained, it was common for others to assume that Asian students go to college to become a doctor or engineer. They aren’t necessarily wrong, Ward admits; Asian students who want to study in the humanities often face an uphill battle with their parents. “Embracing the humanities is sometimes seen as a setup for failure by parental figures because careers in the humanities do not always guarantee financial stability or prestige,” she explained.

Ward’s experiences are not uncommon. Carrie Wang, a junior at Duke University, recently wrote in an OpEd for Duke’s student newspaper about her complicated aspirations to study in the humanities. “Coming [into college] as strongly-undecided but hopeful, I wanted to immerse myself into the humanities, but I knew that ultimately, because of complicated cultural and familial factors, I was going to settle into something practical,” adding, “Nearly all of my Asian friends at Duke are pursuing traditionally practical pathways [like] pre-med track, engineering, economics, computer science, statistics, or public policy.”

In partnership with the Interfaith Youth Core, North Carolina State, and Ohio State University, our study, IDEALS, followed students from over 120 colleges and universities through four years of college (2015-2019). As part of our focus on how students navigate richly diverse college environments, we probed just what kind of relationship Asian/Pacific Islander (PI) students have with humanities disciplines in college, including the arts and religion. We asked students at the beginning of their first year of college, and again at the end of their fourth year, about their planned academic major.

“Even with my convictions about the importance of Asian representation in the arts, I know I will double with another major of which my mom will approve”

By the end of their fourth year in college, 63% of Asian/PI students who planned to major in the humanities, arts, or religion had changed their major, compared to 50% of White students, 35% of Latinx students, and 15% of Black students. Of those humanities students who changed majors, 24% selected social science, 3% selected science, math, or engineering, and interestingly, 45% elected to double major. No students changed from the humanities to study health or business exclusively.

IDEALS did not ask students to elaborate on their intentions to double major. It is possible that some of the Asian/PI students who originally intended to major exclusively in the humanities opted to add an additional major, rather than abandon their humanities major altogether. This is what Carrie Wang at Duke chose to do: “I intend to major in English, but even with my convictions about the importance of Asian representation in the arts, I know I will double with another major of which my mom will approve,” she explained.

Interesting, just one Asian/PI student who intended to major exclusively in the humanities elected to major exclusively in science, math, or engineering instead. This finding could challenge the proposition that Asian students are being forced to choose between one or the other. There may be more students like Carrie Wang choosing to double major in the humanities than we realize.

“We’re automatically classified as unintelligent and ill-suited for success,”

Whatever the case may be, our study suggests that the humanities are deeply unpopular among Asian/PI students before they set foot on a college campus. Alice Lee, a student at University of California Riverside (UCR), believes this is a result of stereotypes: “Just as there are stereotypes for all different groups of people, the one for the Asian race seems to be that we’re all academically gifted in the sciences and mathematics, and if any of us fall short in these subjects — or let alone choose humanities-related career goals — we’re automatically classified as unintelligent and ill-suited for success,” she explained in the UCR student newspaper.

Rather than abandon the humanities like many of her peers, Lee committed to majoring in philosophy after learning about the career options available to her. “As a philosophy major, I am planning to become a human rights lawyer, and I truly believe that I can be just as successful as any other STEM major…there is no specific equation for success, and success especially doesn’t only apply to those who are STEM majors.” she explains.

A common thread between Sophia Ward, Carrie Wang, and Alice Lee’s experiences is that encouragement and camaraderie is a key contributor toward Asian/PI students remaining committed to the humanities, and especially encouragement from faculty. Carrie Wang argues that Duke should consider hiring more minority faculty in the humanities, citing that “too often, minority students compromise their intellectual passions for promised financial stability, but this should not be the case.”

Fortunately, choosing a major in the humanities is shown to be a worthy investment. The American Academy of Arts and Sciences recently revealed that humanities majors are leaving college setup for success — they are landing jobs and are happy doing them.

Note: Our racial categories were not nuanced enough to pick up on ethnic variations within each race: Students who identify as Japanese American may have very different experiences than students who identify as Chinese American, for example. For Asian/PI students, we also recognize that not all experience college similarly and that putting these groups together is problematic to some degree.