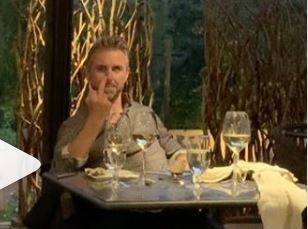 A Silicon Valley tech CEO has apologized for his racist remarks he made to an Asian American family, The Washington Post reports.

The Orosa and Chan family say they were celebrating Maria Orosa’s birthday at Bernardus Lodge & Spa in Carmel Valley when Michael Lofthouse, CEO of San Francisco-based IT company Solid8, began shouting racist remarks at them.

“Trump’s going to f-ck you,” he shouts in the video.

Lofthouse can be seen in the video raising his middle finger at the family. He calls one of the family members an “Asian f-ck.”

The server at Bernardus defended the family and asked Lofthouse to leave. Her response has been praised by the family, social media users and Bernardus Lodge executives.

According to ABC7 San Francisco, Lofthouse has now issued an apology.

“My behavior in the video is appalling,” Lofthouse said in his statement. “This was clearly a moment where I lost control and made incredibly hurtful and divisive comments. I would like to deeply apologize to the Chan family. I can only imagine the stress and pain they feel. I was taught to respect people of all races, and I will take the time to reflect on my actions and work to better understand the inequality that so many of those around me face every day.”

“I don’t believe his words because his actions speak louder than the words he’s saying,” Orosa told ABC7 San Francisco.

According to Orosa, Lofthouse posted Instagram comments directed at one of the family’s supporters like “Asian expletive” and “come near me or my people and you are expletive dead.”