In my previous article, I posed some questions to myself and to the South Asian Indian community with respect to the Black Lives Matter Movement. I asked these questions to ourselves as Americans living in the United States. However, there are also questions we must contemplate as ‘Indians Who Live Overseas’ and what involvement means for us in affairs ‘back home’.

As an Indian American, I affiliate myself with both countries and cultures, and it is sometimes difficult to see where the two coincide. Unfortunately, the current parallels that emerge are quite nefarious in nature. Similar to the protests that have broken out against systemic racism in the United States, events of the same wavelength have broken out in India. I am referring in particular to the protests and riots last year and early this year that largely opposed the Citizenship Amendment Act (CAA).

To understand where exactly the parallels between the United States and India begin, we must go back to the legislation put in place. Discrimination is built into the very laws that are meant to protect against it. However, we never think twice to look at our laws, let alone understand the indirect effects it can have on different communities.

India is battling its very own set of a corrupt legislation that has discriminatory effects. The CAA is an act that seeks to amend the definition of illegal immigrants who seek protection in India. It currently applies to those who seek shelter in India on grounds of religious persecution in their origin country. The CAA amends the act to specifically include persons fleeing from Afghanistan, Pakistan and Bangladesh who are Hindu, Sikh, Buddhist, Christian and Parsi. The aforementioned religions will qualify for a fast-track citizenship process that takes 6 years, while all other illegal immigrants will need to wait for the regular 12 year period. It is glaringly obvious that the amendment excludes Muslim refugees from the majority-Muslim countries neighboring India.

The act gives a clear preference for certain religions, despite the fact that India is constitutionaly a secular nation. It also gives authorities a shrouded excuse to go hunting amongst Muslim and marginalized populations, in an effort to find “illegal” immigrants. The CAA literally paves the way for the creation of a stateless, disenfranchised population based on inherent religious discrimination that has existed for centuries.

The parallels between the United States and India in terms of their treatment of marginalized populations is painfully clear and abhorrent. Given that we consider ourselves equal residents of both the United States and India, we should hold ourselves equally accountable for the movements we support and do not support in these respective countries.

If you are an Indian American who is unconditionally in support of the protests against the racial injustice that is unfolding, please lend that same voice to those who are facing caste, class, and religious injustice in India. Along with becoming aware of the privilege gap that exists between ourselves and the Black community, we must also be mindful of the privilege gap that exists between ourselves and our fellow Indians back home. This, of course, applies to myself and my family too. Below are a few key points that we must keep in mind as we contemplate the responsibility that comes with a dual Indian/American identity.

Do not let the Black Lives Matter eclipse what is happening in India. Let it highlight the fact that social inequality and discrimination is very much alive back home. I am in no way promoting one over the other. Rather, I implore my fellow South Asians Indians to also consider the atrocities that are being committed on the daily in India.

We cannot condone hypocrisy. We cannot turn a blind eye to those who perished in riots against the unfair Citizenship Amendment Act, while rallying behind the Black Lives Matter movement with full force.

Discrimination is embedded into the legal system through unfair acts such as the CAA. It automatically discounts those who are Muslim, of lower caste, and those from indigenous communities. More often than not, the people from these groups are of non-privileged financial backgrounds. Many individuals do not have ‘official papers’ to prove their citizenship, nor can they afford to obtain them. Caste and religious discrimination are normalized to the extent that it is ingrained into the Indian identity. What is the possibility of ridding our justice system of something so omnipotent? This is the question we should be asking ourselves especially in light of the Black Lives Matter movement.

Caste identities have been socially embedded for centuries and the people who bear them are discriminated against because of biased thinking. There is no intrinsic fault that predisposes these identities to a certain kind of behavior or thinking. They are born equal and are entitled to the same and equal opportunities. However, this is clearly not a reality and never has been. I am not even an Indian citizen and yet, I am welcomed back into the country without a single issue. The Muslim and minority communities in India have lived on Indian soil for centuries and are subjected to the horrors of violence, stigma, discrimination, and unequal opportunity, just to name a few. Does this not sound eerily familiar to how South Asians and the Black community are treated so differently?

States in India have shown trends that condone violence and the displacement of people who belong to vulnerable communities. While India does not have the National Guard being summoned to quell protests, police officers are complacent to a fault (literally). They drag their feet about acting to protect the vulnerable, unless higher orders are received to specifically do so. On the flip side, the law enforcement in India uses violence senselessly and without reasonable motive, simply to stroke their egos and fill their pockets. When the situation obviously merits police enforcement, the officers are nowhere to be found. When there is ambiguity, the police act only because they are motivated by a need to save face. Where is the need to act as a duty to your people? Therefore I ask you once again, does this sound similar to what you see right now in the United States?

Last, it is important to remember that to be anti-oppression is not a selective activity. It cannot be selective. Each story of oppression comes with its own trials and experiences. However, as South Asian Indians, cannot support one movement of anti-oppression and ignore what is happening back home simply because we are physically removed from it. It is easier to speak out against something we are not directly affected by because we do not belong to the Black community. That of course, does not invalidate the oppression faced by the Black community in any way. It simply means that we must hold ourselves equally accountable for the oppression that is happening to people who are part of our Indian community. 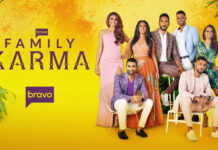