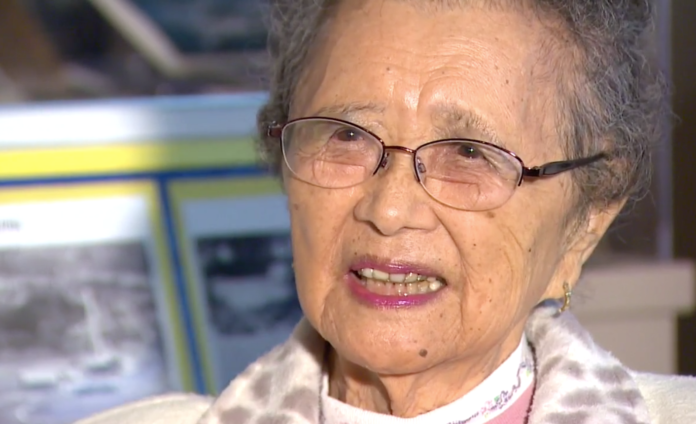 Kay Sakai Nakao, a World War II incarceration camp survivor from Washington, passed away on Monday at the age of 100, according to the Kitsap Sun.

Nakao spent most of her life on Bainbridge Island in Washington state. In 1942 Nakao and her family left Bainbridge Island when they were forced into a Japanese American incarceration camp, according to KING5. She was 22-years-old.

Nakao and 200 other Bainbridge residents left the island on a ferry as they traveled to incarceration camps. In 2017, on the 75th anniversary of that day, Nakao spoke to the Kitsap Sun about her experience.

“We rode the ferry to Seattle and I remember feeling sad as the island got smaller and smaller, and we didn’t know where we were going, how long we would be gone or even if we ever would come back,” Nakao said in 2017. “And it was a very sad feeling.”

Eventually, after spending time at two camps (Manzanar in California and Minidoka in Idaho), Nakao and her family returned to Bainbridge Island. They dedicated themselves to ensuring that the experiences of Japanese Americans from Bainbridge Island were not lost in history.

The Sakai family were also proponents of education on the island. The Bainbridge Island School District told KING5 that the family sold a small portion of their strawberry farm to the district for a “nominal cost.” Many decades later in 2000, the Sonoji Sakai Intermediate School opened in honor of Nakao’s father.

Nakao would often make appearances at the school’s opening ceremonies. She would teach students about family heirlooms and speak at school programs, according to the Kitsap Sun. She continued to tell share her internment experience at events across the island. She often spoke with visitors at the Bainbridge’s Japanese American Exclusion Memorial.