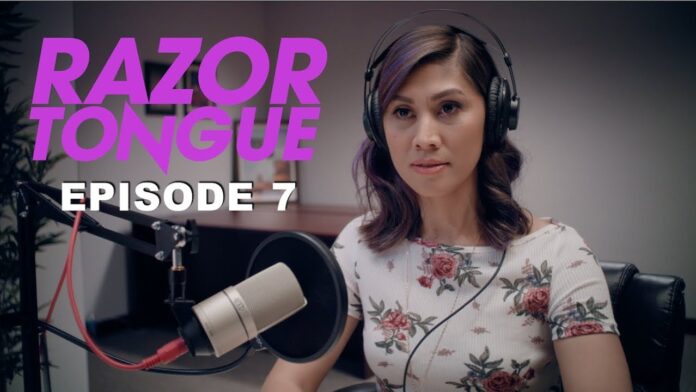 For the first time in history, Rain Valdez, a Filipino American transgender actress, has been nominated as Outstanding Actress for her performance in Razor Tongue by the 72nd Primetime Emmy Awards.

Razor Tongue is a seven episode YouTube series that focuses on a trans woman of color finding a voice of self-love. The critically acclaimed web series was created by Valdez, who told Goldderby how she referred to her own experiences of misogyny and discrimination to create the series.

Valdez has been nominated for an Emmy thanks to her role as Belle: the central figure of the show. According to Goldderby, Valdez described Belle as a “close friend” who was unafraid to call out sexist, problematic behavior.

As a transgender woman who faced discrimination, herself, Valdez admitted there was a gap between herself and the character.

“What Belle represents for me… is the idea that we can say something in the moment,” explained Valdez. “She represents the voice within all of us. Everyone has a razor tongue.”

This Filipino American’s nomination marks a historic turning point for the Emmy Awards as Valdez is the first transgender woman to be selected. In an Instagram post, Valdez wrote, “Being a Filipina American transgender woman in this category is an honor and a long time coming. There is so much talent in my communities.”

The Los Angeles based writer, creator and lead actress also shed light to the queer community in an authentic way. The lead character in the web series does not identify herself as trans until the final episode. Valdez explained that this was intentional. “Allowing her [Belle] the agency to be the one to disclose, and the one to come out, is showing a different kind of narrative.”

According to Manila Bulletin, Valdez assembled a cast and crew for the series which was 80% queer. She further stressed how LGBTQIA should be represented on TV and in films more accurately.

“Trans people have been vilified and ostracized out of society because of how we have been portrayed in film and on television. When more people realize that the responsibility has been ours from the beginning, we can gain the power to change. It’s important that the work I do centers transgender characters and continues to humanize us. It’s my way to help heal my community.”

Valdez continued, “I think life can be very rewarding when you live your truth. As a transgender woman, it can also be very dangerous. But if we want to revolutionize the world, we need to start with each of our smaller worlds. Mine is film and TV right now. In order to have more accurate and authentic portrayals of transgender people, it’s important that more of us in the industry take a stand and speak our truth.”

As of now, Valdez is the only Filipino American transgender woman to have been nominated for an Emmy. The actress told TheWrap’s Emmy magazine that she is proud of the Television Academy for “recognizing multiple talents within our community,” and she added, “More often than not with trans people today, we’re given a slice of the pie — sometimes the whole pie — which is great. But we really need to be in the kitchen that makes the pies.”