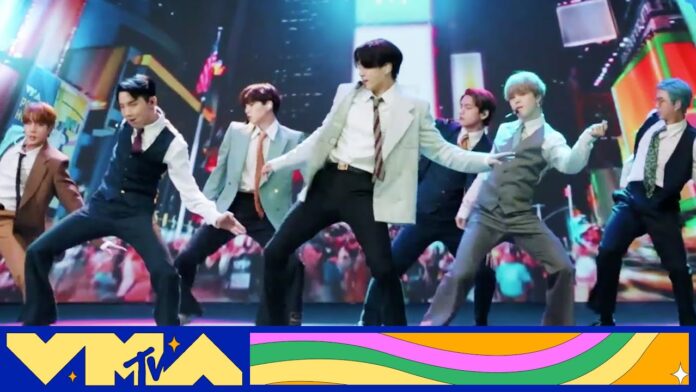 K-pop sensation BTS is definitely achieving its dream to captivate the eyes and ears of the world.

On Monday, the septet became the first all-South Korean act to debut at the top the Billboard Hot 100 singles chart. This chart shows the most popular songs streaming on radio and being sold in the United States.

Billboard reported BTS came in at number 1 with their first all-English-language single Dynamite released on August 21st. Their latest single garnered 33.9 million streams in the U.S. alone and 300,000 sales in its first week, according to Reuters.

Formed in 2013, this seven-member boy group catapulted K-pop popularity in the US.

Psy’s Gangham Style had previosly topped out at number 2 on the charts.

Yonhap News reported that neither BTS or its agency Big Hit Entertainment had planned to release Dynamite as a digital single. Regardless, BTS’ global fanbase ARMY showed endless support, which was exactly what the band was aiming for. Leader RM told Apple Music’s Zane Lowe, “We made this song in hopes of giving energy to the listeners. We hope our fans can listen to it to receive the positive energy we tried to incorporate in the song.”