New Film Over the Moon Lands on Netflix in October 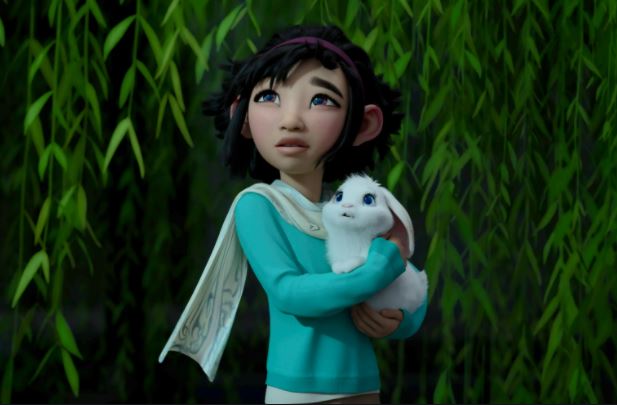 One of the most anticipated animated movies this Fall, Over the Moon is scheduled for its long-awaited release on Friday October 23rd, Decider reports.

Telling the story of a determined young girl Fei Fei (voiced by Cathy Ang), she is passionate about science and the childhood stories her parents shared with her for years. But when Fei Fei’s family loses faith in her favorite heroine, the Moon Goddess Chang’e, she is inspired to rekindle their belief in the beloved figure. Her goal: to engineer a rocket ship to the moon, and prove the existence of the legendary goddess she learned about as a child.

This film is directed by Oscar-winning filmmaker Glen Keane, whom Decider refers to as the “master animator” behind The Little Mermaid, Beauty and the Beast, Aladdin, and more classic Walt Disney films.

Those who love musicals may also be excited to learn that a total of eight songs will be featured throughout the film. According to What’s On Netflix, “one of the songs, Rocket to the Moon has been described by Keane as ‘the heart of the musical'”.

The song’s official lyric video released by NetflixFilm on Twitter garnered supportive comments like “Cathy Ang’s voice is so beautiful!” and “I think you’ll [love] this.”

Similarly, the first official trailer released on YouTube already has over 22,000 “likes” as comments include “Looking forward to this one” (Donar) and “It really warms my heart to see Western studios make films so unabashedly Asian… I wish I had more films like this when I was a little kid” (Nate Shu).

With a movie poster asserting that “Believing is everything”, this heartfelt film hopes to offer important lessons to audiences worldwide.