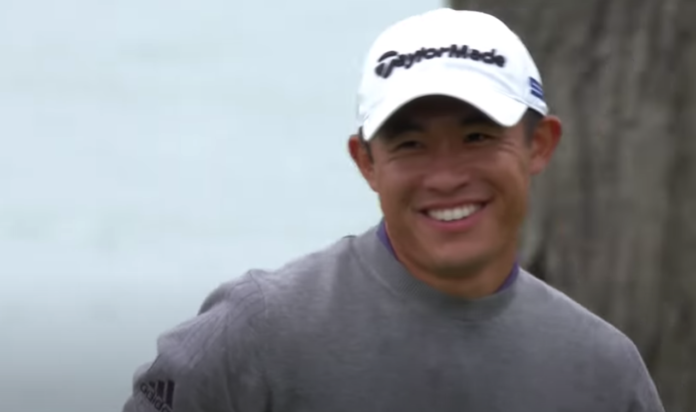 Collin Morikawa will play alongside Tiger Woods and Justin Thomas for the first two rounds of the U.S. Open this week, Golf Channel reports.

The trio will tee off at 8:07 a.m. on Thursday and at 1:27 p.m. on Friday. It will mark Morikawa’s third career major start and his first as a major champion after winning the PGA Championship in August.

Morikawa praised Woods while speaking to the media on Tuesday. When asked if there is such a thing as a clutch golfer, Morikawa named Tiger Woods, according to Golf Digest.

“Yeah,” Morikawa replied. “There’s Tiger Woods and there’s the rest of us.”

He added that most golfers wouldn’t reach this level of sport without some amount of “clutchness.”

The U.S. Open will be played at Winged Foot West Course in Mamaroneck, New York. Morikawa has been preparing by walking the course and playing 9 holes in practice.

“What a course,” Morikawa said to Yahoo Sports after playing nine holes in practice. “It is tough. The first few holes definitely opened my eyes. But it’s playable.”

Morikawa said he wouldn’t alter his approach now that he is a major champion.

“But I think walking here as a major champion, you have a sense of knowing how to get things done,” Morikawa told Yahoo Sports. “Yes, I’ve only done it once, but I’ve done it. You just want more. You get that little taste of what it’s like, and you know why guys mark in their calendars the major championships for the year.”