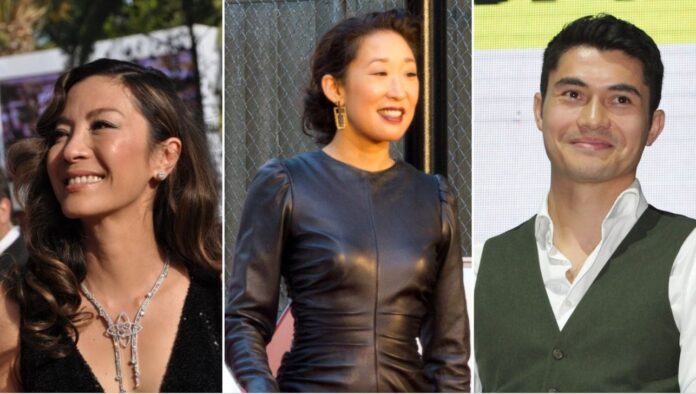 Sandra Oh and Michelle Yeoh are the latest additions to the long line of Asian stars in The Tiger’s Apprentice, The Hollywood Reporter.

According to Slashfilm, Oh and Yeoh join other big names like Henry Golding, Bowen Yang, Brandon Soo Hoo, Sherry Cola and Kheng Hua Tan. The film will be the debut of former Pixar animator Carlos Baena, who previously worked on films like Wall-E and Toy Story 3.

According to The Hollywood Reporter, the movie is based on Laurence Yep’s book of the same now and is part of a trilogy that are ‘steeped in the mythology of the Chinese Zodiac.’

“Published by HarperCollins in 2003, [The Tiger’s Apprentice] told of a boy in San Francisco who meets a shape-shifting talking tiger named Mr. Hu and under his tutelage and protection is introduced into a magical world that includes an ancient phoenix, a dragon and a clan of evil-doers,” The Hollywood Reporter reports.

Golding is slated to play the tiger, whilst Oh is set to play Mistral, the tiger’s dragon friend. Yeoh’s role in the film is still unannounced.

“While The Tiger’s Apprentice is steeped in Chinese mythology, particularly the mythology of the Chinese Zodiac, the children’s books are firmly rooted in the Chinese American experience, with its setting in modern-day San Francisco,” Slashfilm reports. “While Paramount Animation hasn’t yet had a major critical hit (the biggest movie to this fledgling animated studio’s name is currently Sherlock Gnomes), it seems like it’s investing in good creative and voice talent for The Tiger’s Apprentice, especially with a former Pixar animator on board.”

The Tiger’s Apprentice is set to release on February 10, 2023, according to The Hollywood Reporter.