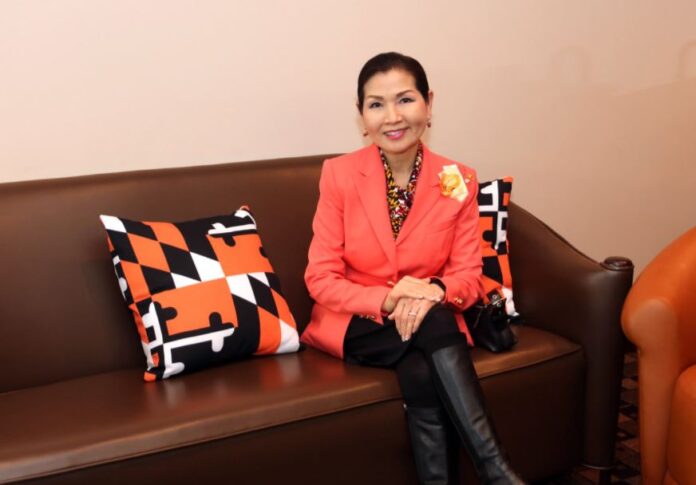 Maryland First Lady Yumi Hogan — the first Korean American First Lady of any U.S. state — will receive the Order of Civil Merit of the Republic of Korea next week, CBS Baltimore reports. The award is the highest and most prestigious civilian honor of South Korea.

According to Patch, Hogan is known for her strong diplomatic skills and her service to diverse communities. Also creating or promoting local farming programs and small businesses in the state, she was instrumental in establishing a sister-state relationship between Maryland and her native province of Jeollanam-do, South Korea. Hogan used these connections to help Maryland buy 500,000 coronavirus testing kits from South Korea back in April, Patch reports. But she led multiple trade missions between South Korea and the United States even years before the COVID-19 pandemic to bring both international communities closer.

“As a first-generation Korean American, I’ve made it my mission to bring different generations of Korean Americans together, connect Korea and Maryland, and promote the value and beauty of Korean culture,” Hogan said, according to Fox 5. “Our success is thanks to the many Korean Americans in Maryland who’ve kept our community’s legacy alive, and our partners in Korea who share special friendships with our state.”

Hogan also strongly advocates for Korean adoptees and Korean War veterans, Fox 5 reports. According to the source, Hogan will be awarded at the South Korean embassy in Washington D.C. on Tuesday November 24th.