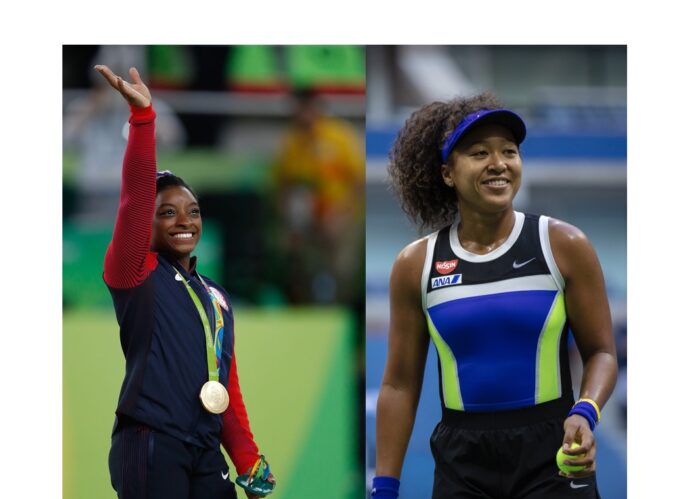 After withdrawing from the women’s gymnastics team final on Tuesday, Simone Biles told the media that Naomi Osaka inspired her to “focus on her mental health,” HuffPost reports.

Biles withdrew from the competition after the first rotation. She had planned to perform a Yurchenko vault with 2½ twists, but at the last second, executed a vault with 1½ twists. She left the floor and later reappeared with a wrapped right ankle, The New York Times reports.

“Simone has withdrawn from the team final competition because of a medical issue,” the organization said in a statement. “She will be assessed daily to determine medical clearance for future competitions.”

The U.S. went on to win a silver medal. After the medal ceremony, Biles told the press that she withdrew to focus on her mental health. She said she was inspired by people like Naomi Osaka.

“Whenever you get in a high-stress situation, you kind of freak out,” Biles said according to HuffPost. “I have to focus on my mental health and not jeopardize my health and well-being.”

Ian Herbert, a sportswriter for the Daily Mail, called the mixed zone press conference “one of the most remarkable” he’s ever known.

According to HuffPost, Biles said the team plans to have a “mental rest day” on Wednesday.