HomeLGBTQTop Chef winner is redefining what it means to be a... 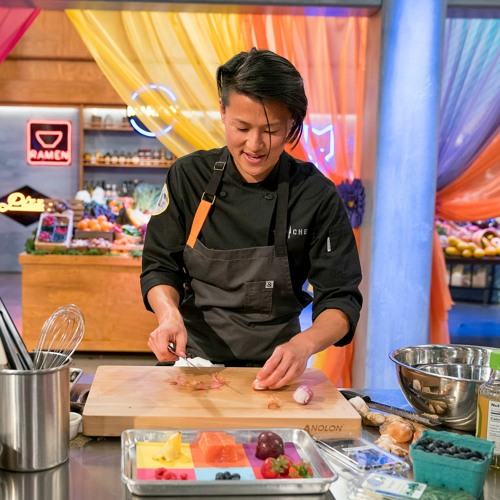 At least for the immediate future, it looks like Melissa King won’t be opening her own restaurant after winning this season’s Top Chef competition last month by combining her Chinese heritage with Italian training and California tastes.

But that doesn’t mean the Chinese American chef is sitting on her laurels. She’s busy, even through the pandemic.

WME has signed Melissa King, the winner of the most recent Top Chef: All Stars Los Angeles, according to Deadline. Like other celebrity chefs such as David Chang and Eddie Huang, the plan is to represent her by developing TV and film and book projects.Born in Los Angeles to a Cantonese mother and a Shanghainese father, King was raised in the San Gabriel Valley and came up through some of the Michelin-starred kitchens in San Francisco — Campton Place, Luce and The Ritz Carlton Dining Room.In the Top Chef finale, she cooked an Italian dinner with her Chinese and California touches that brought one of the judges in tears.

During the COVID-19 shutdown, she has been hosting popular virtual cooking classes and corporate demos, and also created, packaged, and branded her own small-batch of Asian inspired sauces.

“I launched a small sauce product line and it’s done so well and was so well received that I just started thinking of the bigger picture of maybe I should be investing money into this and really ramping it up into a larger scale and be able to give my sauces to everybody.”

The four sauces —Mala Chili Oil, Fish Sauce Caramel, Sichuan Chili Sauce, and X.O — are currently sold out. In particular, Melissa said that she is proud to have been able to represent the Asian American and LGBTQ+ communities and women on Top Chef.

“Top Chef has really given me the ability to use my platform and use my voice to support the people in my community. I’m sort of this triple minority, and there’s so many challenges that I’ve faced throughout my life and I want other people to be able to relate to that story, because I know that they have struggled as well and they’ve felt that,” Melissa shared.

Later in a podcast for UC Irving, she said: “So I want them to know that they’re not alone and that there is someone out there that can achieve these goals, and you can set your mind to things and make it happen in this world, in this climate that we’re in. I just hope to inspire people through the work that I’m doing, in whatever capacity. It’s very incredible what Top Chef has done with my life, and I’m just forever grateful.”

Besides winning the top honor, she was also voted the fan’s favorite, earning an additional award which she donated to causes close to her heart.

“I just felt with everything that’s been happening with Black Lives Matter, it really hit me hard and I felt I need to be a better human and I need to be doing more. And so when the fan favorite competition started, I decided if I win and if I get the help of others to help me win, I want to donate this …”And so I’ll be donating to the Black Visions Collective, Asian Americans for Equality, the Asian Youth Center in Los Angeles, and also the Trevor Project,” she said in a UCI podcast. “And each of those organizations, I feel it just kind of hits home to me. I wanted to support Black Lives Matter, but I also wanted to support Asian Americans right now, especially during COVID. “We’ve been seeing, I know that I’ve been seeing, anti-Asian racism happening. And then it’s Pride Month, and so I really want to celebrate my LGBTQ community and give back there. So, the Trevor Project is a national organization that provides suicide prevention and crisis support for LGBTQ youths.”

“Each year, I look forward to pride month and celebrating who I am. Some of you have asked how I identify myself and I realize it’s a big question for me — I am a passionate chef, a strong woman, an outspoken Asian American, a Californian, an artist, an entrepreneur, a Libra, a romantic, a proud lesbian, and a queer, androgynous, gender-fluid human. I am an Auntie and an Uncle. Some days I feel like a grandma, and other days I embrace my inner grandpa. I use the pronouns she/her, but am also comfortable with they/them. … I am masculine, I am feminine, and I am unapologetically all the in between. I am me.”