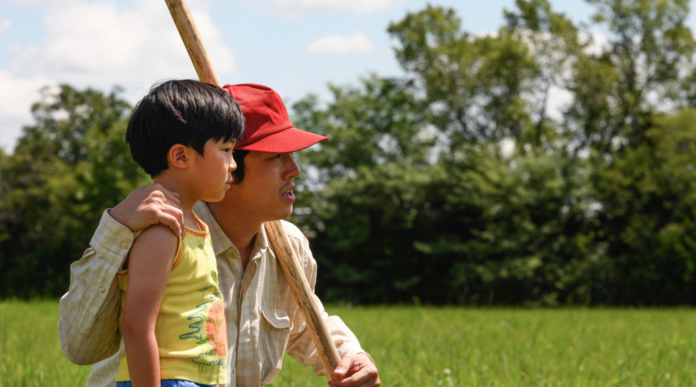 Minari tells the story of a first-generation Korean American family who moves to a small Arkansas farm in pursuit of the American Dream. The film, which has garnered two Sundance Film Festival awards, represents the challenges many Asian migrants face bringing up young families in a culture totally different from what they know. It resonates with those of us who grew up with first-generation Asian parents who worked hard to create a better life for their children.

Based on the life of Lee Isaac Chung, who wrote and directed the film, Minari demonstrates the resilience of family and what it means to “make a home.” Steven Yeun stars as “Jacob,” a determined father who aims to farm and wholesale vegetables used in Korean cooking. His efforts involve a number of farming setbacks and failures and results in his struggle to support his family of four, leaving his wife “Monica” (Han Ye-ri) to pick up the pieces. Emotions are heightened when foul-mouthed but loving grandmother “Soonja,” played by Youn Yuh-jung, comes to Arkansas to live, carrying out a love/hate relationship with her grandchildren “Anne” (Noel Cho) and “David” (Alan S. Kim).

As authentic Asian American stories are still sparsely told in Hollywood, Minari is definitely refreshing as it doesn’t perpetuate negative Asian stereotypes and shows that being Asian in America is no different from being any other family working hard to achieve the American Dream. The film also portrays a rawness within the family dynamics which reveals the challenges each generation faces in a new environment.

The farming of vegetables used in Korean cooking, the spread of Kimchi dishes on the dinner table and stews being cooked by an “Omma” (Korean mother), is reminiscent of how children of first-generation Asian migrants grew up. Add in the picturesque remote landscape of a small farming town and Minari is a serene and heartwarming film that feeds our souls with memories of our own past childhoods.

The film has a public release date of February 12, 2021 and is being distributed by A24 Films. Currently it has been shown around the film festival circuit and has won a number of awards including two from the 2020 Sundance Film Festival (Grand Jury Prize and the US Dramatic Audience Award).