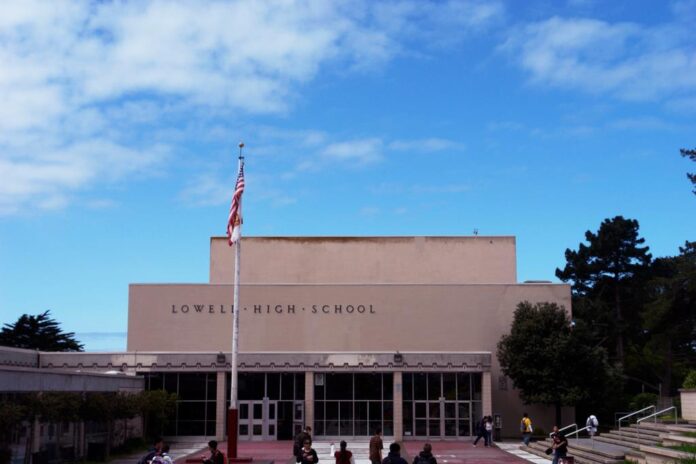 Lowell High School is one of the highest-performing public schools ranked at no. 68 in the nation by U.S. News Rankings and has drawn criticism for its competitive admissions process. In October 2020, the San Francisco Board of Education approved a one-year shift to the lottery program due to the difficult academic conditions of the pandemic, but the latest proposal would make such a shift permanent, according to SF Gate.

The controversial proposal is on a fast track to approval with a vote expected as early as next week. It is expected to pass, with four of seven school board members having already expressed their support.

The measure is the latest in a movement within the San Francisco Unified School District (SFUSD) towards addressing racial disparity and injustice. Last week, the school board voted almost unanimously to rename 44 schools—including Lowell—whose names were determined to be associated with various crimes against humanity including slavery and genocide.

Board members hope to implement the lottery system as a method of combating the lack of diversity within Lowell.

“Lowell High School’s previous admissions process created a school that does not reflect the diversity of SFUSD students and perpetuates segregation and exclusion,” the resolution stated according to the Chronicle.

On the question of whether a merit- or lottery-based admissions process is more equitable, the Asian American community remains split.

In the Harvard Admissions Lawsuit, a federal judge ultimately ruled that Harvard University does not discriminate against Asian American applicants in November 2020, but it sparked a factitious dialogue within the Asian American community about the place of Asian Americans within the racial landscape of the U.S. as well as the role of meritocracy and the myth of the model minority.

Within the Lowell community, the backlash towards the decision is based on a belief that a lottery system will not accomplish its goal of promoting diversity and will instead inhibit academic performance. A petition on Change.org urging SFUSD to explore alternate methods of admissions has garnered over 9,000 signatures for a 10,000 signature goal.

“The proposal for Lowell to become a lottery school and forgo all of the merit-based decision making criteria they have used in years past is a demotivating, tragic proposal that undermines the very tenants of academic excellence and choice that the District claims to uphold,” Dianna Simmons wrote as an explanation for signing the petition.

In an editorial, the Chronicle similarly urges SFUSD to take the time to research other options.

“The problem with the lottery approach is that it threatens to erode the school’s ability to maintain its level of academic excellence while not necessarily achieving its stated goal of increasing the diversity of the student body and reducing an atmosphere that can be hostile to underrepresented groups,” the Chronicle wrote.