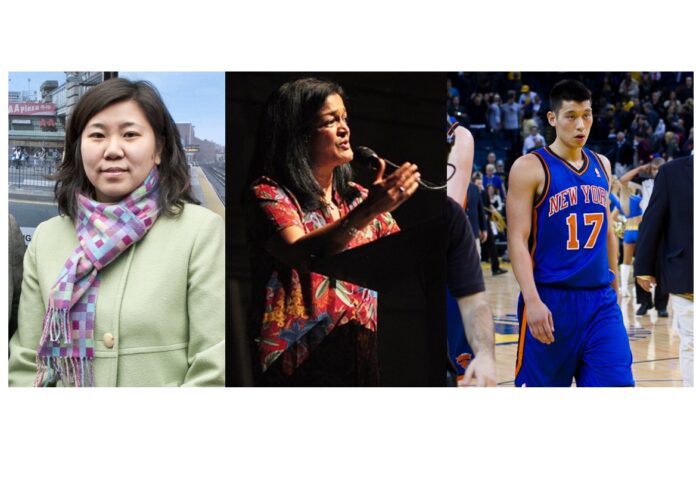 Asian Americans across the United States are mourning the loss of the 8 victims killed in the Atlanta spa shootings. Six of the victims were Asian women.

NBA Star Jeremy Lin, who has been raising awareness about the rise in anti-Asian racism during the pandemic, called the shootings “heartbreaking” in a tweet, according to Bleacher Report.

“This is sooo heartbreaking…praying for our world,” Lin wrote. “To my Asian American family, please take time to grieve but know youre loved, seen and IMPORTANT. We have to keep standing up, speaking out, rallying together and fighting for change. We cannot lose hope!!”

George Takei, a Japanese American actor and activist, asked people to hold the victims in their hearts and to “think of their families.”

“These women were people, with loved ones,” Takei wrote on Twitter. “They were struggling and marginalized. And if an eyewitnesses account is correct, they were targeted because they were Asian.”

AAPI elected officials also shared their grief on Twitter and called for an end to anti-Asian hate.

Asian American civil rights organizations shared their condolences with the victims’ families and called for action. The Japanese American Citizens League acknowledged that the motive of the shooting is still unknown, but stated that the events had shaken the Asian American community regardless.

“The JACL mourns the loss of lives and condemns these acts of violence,” the organization said in a statement. “Regardless of whether these actions were racially motivated, we recognize that these events have shaken the Asian American community. We must continue to stand together in solidarity and support one another as we navigate these difficult times. It is our hope that some light is shed on these events and that justice is sought for those who were harmed.”

The National Asian Pacific American Woman’s Forum released a statement offering their condolences to the victims’ families. The organization also discussed the impact anti-Asian hate has on Asian women.

“We cannot ignore the fact that anti-Asian hate and violence disproportionately impacts women,” NAPAWF said in a statement. “More than 68 percent of reported incidents of anti-Asian harassment and violence have been from women.”

“New polling commissioned by NAPAWF has revealed that nearly half of Asian American and Pacific Islander women have been affected by anti-Asian racism in the past two years,” the organization said in a statement. “This comes as no surprise. Even before the pandemic and the racist scapegoating that came in its wake, AAPI women routinely experienced racialized misogyny. Now, our community, and particularly women, elders, and workers with low-wage jobs, are bearing the brunt of continued vilification as a result of the pandemic.”