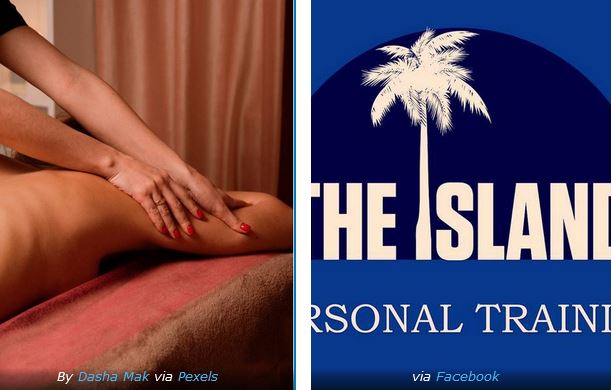 A San Francisco Bay Area gym isn’t saying much about the backlash it faces over its comments about Asian massage parlors.

ABC7 reported exclusively about the remarks on a company website made by The Island Personal Training and Massage in Alameda.

“We are California state-certified, speak English (kind of rare for the field round these parts)…we never cut our sessions short, answer phones, or walk out when someone walks in the front door mid-session like all these shady Asian massage parlors do.”

Erika Peck of Alameda joined more than 100 commenters about the post on the company’s webpage which has been at least for now disabled.

“Who is he marketing this toward? Just…UGH it makes me so mad!” said Peck.

“I was like, ‘oh my god, this guy. I don’t know what decade he’s living in or country he’s living in, and this is not okay,'” commented Jojo.

Owner Jason Wilson told ABC7 News anchor Dion Lim face to face that he would speak to her in-between sessions outside his gym.

He would later peak his head out to say “maybe later,” and then promptly shut and lock the door.

“This kind of racist rhetoric and commentary adds to the persistent stereotypes that are not only offensive but really put our communities in danger,” said Cynthia Choi of Chinese for Affirmative Action and Stop AAPI Hate.