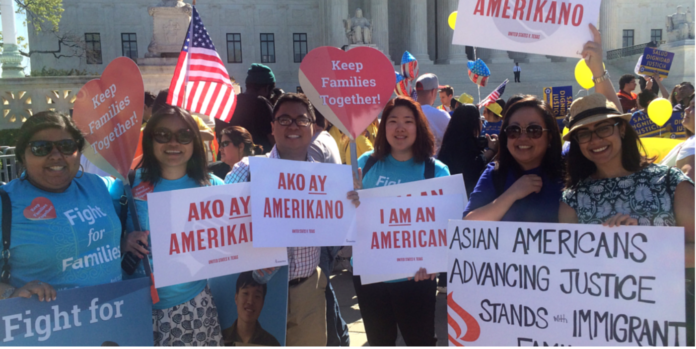 By Ed Diokno
Views From the Edge

This Labor Day is the long weekend of discontent; when hundreds of thousands of young children of undocumented parents have had trouble sleeping, checking the news popups on their smart phones, surfing the news channels for Donald Trump tweets or White House leaks.

Reports Sunday (Sept. 3) say Trump is ready to dump DACA, casting aside the 800,000 Dreamers who grew up in this country.  Among them are 16,700 Asian/American immigrant youth. Rep. Ted Lieu, D-Calif., was among the first to rip a report that Trump is planning on ending DACA with a six-month delay, accusing him of “heeling to his shrinking base.”

“If [Trump] was interested in healing our nation, he wouldn’t end [DACA]. His decision is based on heeling to his shrinking base,” Lieu tweeted Sunday.

Trump is supposed to announce his decision on the fate of DACA this Tuesday and despite his asserted claim, “I love Dreamers,” it was reported first by Politico that he would end the program and put into effect in six months.

If reports are true, that would give Congress time to come up with an alternative. This may be Trump’s way of killing two birds with one stone. He not only shifts the certain blame off his shoulders, but it would also quiet the criticism coming from Republican Congressional leaders.

“All of our DACA recipients have passed rigorous background checks to participate in the program,” said Rep. Judy Chu, D-Calif., “And they are American in every sense of the word except on paper.”

Trump as a candidate promised to deport all of the estimated 11 million undocumented immigrants, but many Americans have rallied to support the young adults who were brought to the U.S. by their parents and have spent large parts of their lives in this country.

Asian immigrants make up 11 percent of the 11 million undocumented immigrants in the United States, and of those that are undocumented and eligible, 20 percent are protected through DACA.

“Ending such an impactful and meaningful program does not reflect who we are as a nation, said Asian Americans Advancing Justice. “In fact, 8 out 10 voters want a more permanent solution for these young immigrants

Just hours before news of Trump’s supposed action was revealed, Apple Inc (AAPL.O) CEO Tim Cook tweeted, “250 of my Apple coworkers are #Dreamers. I stand with them.”

The Silicon Valley leaders who signed the letter, addressed to Trump, argue that the so-called Dreamers, or beneficiaries of DACA status, are vital to the economy and contribute to America’s “global competitive advantage.”

“As entrepreneurs and business leaders, we are concerned about new developments in immigration policy that threaten the future of young undocumented immigrants brought to America as children,” reads the letter.

“87% of DACA recipients are employed, and estimates suggest that ending DACA would result in over $400 billion in losses to the economy.,” said Rep. Grace Meng, D-NY. “But even more than this, ending DACA would strip away the opportunity for millions of Americans to achieve the American Dream while threatening to separate families. How can that possibly make America great?”