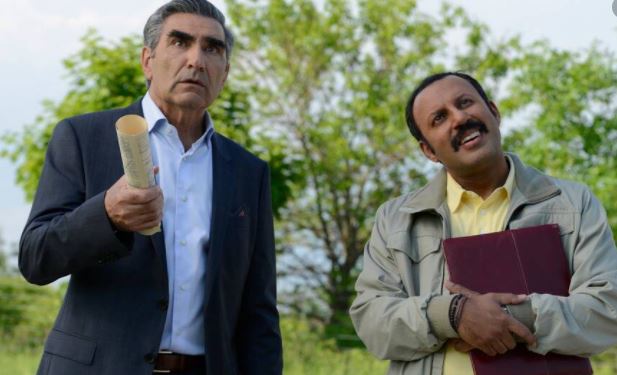 After 9 Emmy wins and six successful seasons on Canadian TV, Schitt’s Creek is renewing the debate about the use of accents in portrayals of immigrant communities.

Rizwan Manji played Ray Butani, the town’s real estate and travel agent, among other professions. He acknowledged the Indian accent he used on the program offended some.

“It is a very slight Indian accent — somebody who was probably raised in Canada, but probably was born in India or Pakistan,” he said to the Star.

“I don’t regret that because I think it actually works for Ray. He wasn’t like everybody else in that town. He was from somewhere else.”

Manji says he wanted to present the character realistically and emphasized his accent wasn’t a cheap bid for laughs.

Constance Wu faced the same criticism with the accent she used to portray Jessica on the sitcom, Fresh Off the Boat.

“When you have an accent, it’s because you know two languages, the second of which you learned when you were an adult. That’s not an easy thing to do,” Wu told Hollywood Reporter in 2018. “When I was younger, I wanted Asians on TV with accents to go away because I wanted Asians to be cool. Why did I let somebody else’s superficial ridicule of my parents’ speech matter more than my real lived experience? That’s how it feels to be a minority.”

Manji says the limited opportunities South Asian actors get has forced him to take roles that were stereotypical, but he doesn’t think his role on Schitt’s Creek is one of them.

“No accent was called for in the casting or specified in the scripts,” he told the Star. “All characters on our show were created with love, respect and humanity. It has been gratifying to have these intentions reflected through the overwhelming audience support for these characters. That said, I welcome any perspectives that encourage conversations about diversity, especially in entertainment.”